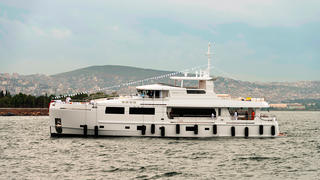 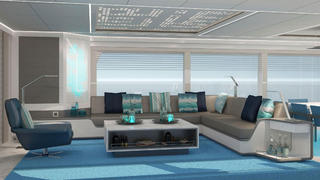 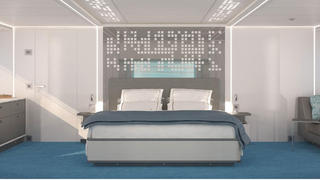 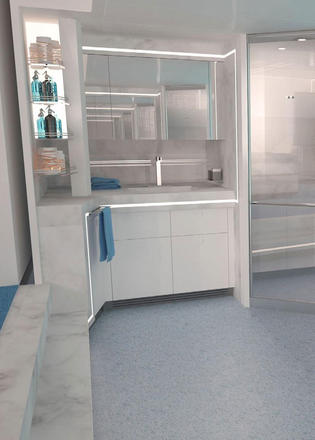 The 31.7 metre Project Serenitas II has been launched by Turkish shipyard Mengi-Yay, it has been revealed.

This steel and aluminium yacht is the follow-up to the yard’s 2014 launch Ocean Dream, which was built under the codename Project Serenitas. As before, Ginton Naval Architects provided the exterior styling, however Project Serenitas II will vary from her sistership in having interiors by Guido De Groot Design.

Built on speculation to RINA standards and currently offered for sale, Project Serenitas II is being project managed by Uri Rotshtain of Yacht Marina Management. Following her launch, she will undergo sea trials ahead of a planned public debut at the 2017 Cannes Yachting Festival.

Accommodation is for ten guests split between five en-suite staterooms, including a main-deck owner’s cabin, three doubles and a VIP suite, while the crew quarters allows for a staff of up to five people.

The main-deck saloon features an L-shaped seating area just aft of the formal dining area, while the amidships galley provides separate access to the crew area, allowing for discreet service at all times.

Guests will have plenty of options for relaxing on deck, with a spacious flybridge and foredeck seating area. Tender storage is provided on the upper deck of Project Serenitas II, with room for a five metre RIB and a Jet Ski.

Power will come from a pair of 490hp Caterpillar C12 engines for a top speed of 13 knots, while the total fuel capacity of 34,150 litres allows for a maximum range of 3,600 nautical miles when cruising at ten knots.

Other superyacht projects currently under development at the Turkish yard include a series of 36, 43 and 48 metres designs, which are due to be revealed this summer.