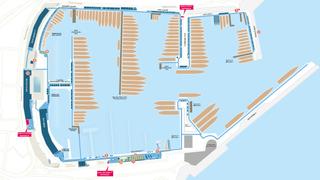 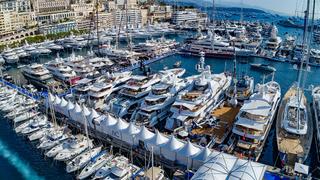 The prestigious Monaco Yacht Show will feature a new layout this year that will bring yacht designers, builders and brokerage houses closer to their creations.

Organiser Informa Exhibitions explains that the reconfiguration of Quai des Etats-Unis is being undertaken with the aim of improving “the visit experience of the show’s private clientele”.

The main change will see the extension of the T-Central jetty removed in favour of a large floating pontoon leading from Quai des Etats-Unis into the centre of Port Hercules. Luxury manufacturers and service providers will be found in the Parvis Piscine tent, and the Darse Sud tent will host nautical suppliers.

Meanwhile, the Tenders and Toys zone will be extended to take in part of Quai Antoine Ier as well as Quai Jarlan. The Car Deck, starboard lounge, art exhibition and additional nautical suppliers will occupy the remaining space on Quai Antoine Ier.

Keen to reinforce Monaco’s reputation as one of the world’s best yacht shows, the organisers have also placed a renewed emphasis on transportation to help guests move from one side of the show to another as quickly as possible. To this end more transfer tenders and golf buggies will be seen roaming around Port Hercules.

Running from September 26-29, the Monaco Yacht Show 2018 is expected to welcome 120 yachts, around 40 of which will be making their worldwide debut.

As a key media partner of the Monaco Yacht Show, Boat International will be providing regular coverage from the Principality throughout the event.