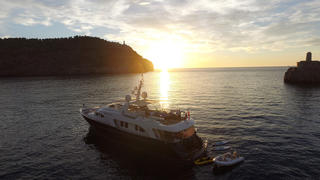 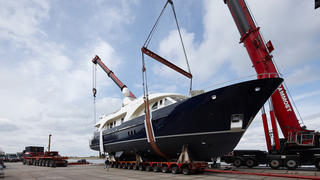 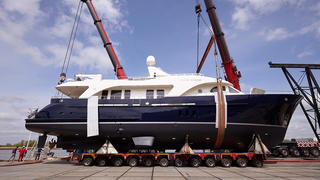 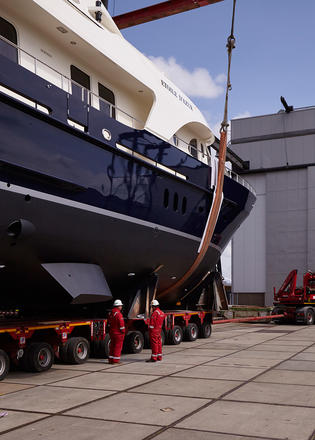 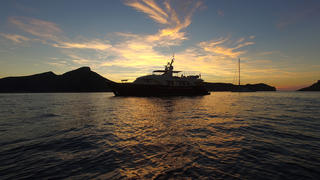 The 30.40 metre Moonen yacht Etoile D’Azur (ex-Sofia II) has completed a four-month refit in the Netherlands.

Part of the Moonen 97 series, this steel-hulled displacement yacht was bought by her current owner last year with long-distance cruising in mind.

Etoile D’Azur arrived into the Moonen Yachts refit facility in January 2016 in a fine state, having just completed a Transatlantic voyage under her own power and as Captain Tristan Le Brun explained: “To the best of my knowledge she is the first Moonen 97 to do so on her own bottom. She behaved beautifully all the way.

“The owner and I believe that a good yacht is meant for such trips and Moonens are of course reliable, seaworthy and superbly designed,” he added.

Refit work on Etoile D’Azur included a new deep blue hull finish to refresh her Rene Van Der Velden exteriors, a complete technical overhaul of the yacht’s systems, and the renovation of her teak decks.

Following the May relaunch, the owner took delivery in Gibraltar before cruising around the Balearic Islands and the south of France. Etoile d’Azur will spend the winter in the Caribbean before being offered as a yacht for charter in the Baltic region during summer 2017.

Launched in 2008 with Art-Line interiors and naval architecture by Diana Yacht Design, Etoile d’Azur features accommodation for eight guests across four cabins, including a master suite, VIP and two twin rooms. Crew quarters allow for a staff of four and her general arrangement was unchanged by the 2016 refit.

Power comes from a pair of 600hp Caterpillar C18 engines, which give her a top speed of 13 knots. A total fuel capacity of 27,500 litres means Etoile d’Azur has a maximum cruising range of 3,500 nautical miles at nine knots.

“The owners are very happy with the refit and the condition of the boat,” Le Brun concluded. “We could easily do a circumnavigation on this world traveller.”