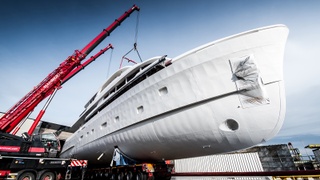 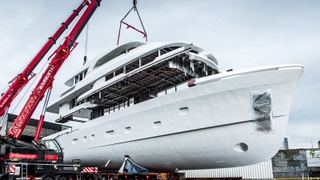 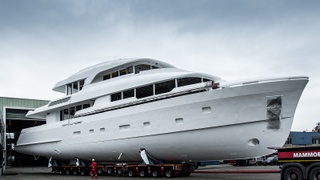 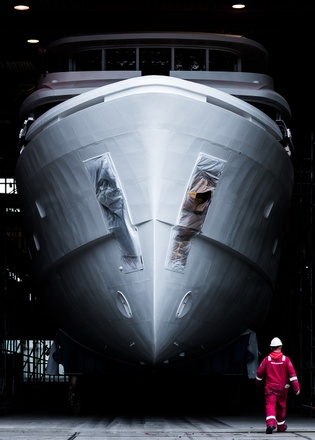 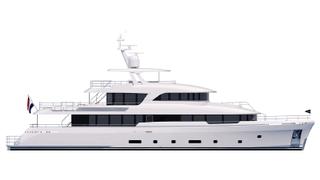 The hull and superstructure of the second hull of Moonen's 36.3 metre Martinique series have now been joined.

The Dutch yard announced that the construction milestone took place on November 14 at the yard in ‘s-Hertogenbosch.

It follows the keel laying ceremony, which took place in December last year. The yacht remains on track for a summer 2020 delivery.

Project manager Nicky van Zon said the yard had worked hard to keep "delays to a bare minimum" following a "challenging period" for the builder. Moonen was saved from bankruptcy in August this year and has since ramped up production.

He added: “This significant moment in the build of YN199 perfectly demonstrates our capabilities as a premium Dutch shipbuilder. With the hull and superstructure now joined, our latest 36 metre model is taking shape. It’s always special to see the full beauty of the design come to life, and we’re excited to see her in the water next summer.”

YN199 is the second yacht built on Moonen's semi-custom Martinique platform and is listed for sale with Burgess, asking €16,750,000.

Meanwhile London-based Studio Indigo has been handed the "sophisticated" interior design brief and will work closely with the owner.

Accommodation on board is for a total of 12 guests in six cabins, as well as a crew of seven. Other features include a steel hull and aluminium superstructure, as well as top speeds of 16.5 knots.