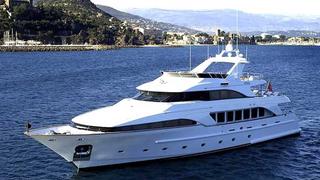 Amy Houlston of Burgess reports that they are offering the 35m motor yacht Aladina for charter as a joint central agency with OceanStyle.

Based in La Napoule in the South of France, she is spending the summer season in the western Mediterranean.