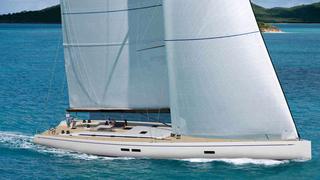 Nautor's Swan has announced the sale of its first Swan 95 sailing yacht, which is already in build at its yard in Finland.

The 28.87-metre Swan 95 was revealed in September this year at the Monaco Yacht Show and the Rolex Swan Cup. The first Swan 95 in build is a semi-raised saloon version. With sleek hull lines, twin rudders and contemporary interior, Swan looks to offer a blend of performance and luxurious style with its newest model.

With a displacement of only 57 tons, she is primed for high-performance racing and also long-range cruising capable. The Swan 95 is available in both semi-raised saloon and flush deck versions and has the option of the lifting keel.

Nautor's Swan recently announced the new order of its fourth Swan 115, the new flagship in its SwanLine, which ranges from 53 to 115. Hull No 4 of the Swan 115 is scheduled for delivery in 2016.

"It’s been a very positive year for Nautor's Swan with the launch of several new models and a full order book," says Nautor's Swan Commercial Director, Lucan Lucheschi. "The Swan 95 has been very well received, and the first sale confirms this. I am confident the momentum will continue throughout 2015."

All news and feature stories on Nautor's Swan yachts