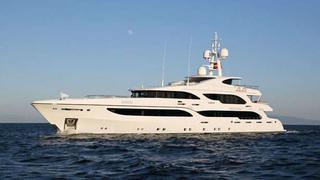 The two orders – an 81 metre by Andrew Winch and a 47 metre by H2 Yacht Design – have been signed and will be delivered in 32 months and 18 months respectively.

The new investor in the Turkish yard, with a controlling stake, is Mohammed Al Barwani, who also owns Dutch yacht builder Oceanco.

“This is excellent news,” Proteksan CEO Mehmet Karabeyoglu told BI. “I have known Mohammed for four years, and he has always had an interest in the yard and he came forward after the passing of my late partner.”

By adding Proteksan to his portfolio, Barwani can now offer a fuller range – with yachts bigger than 80 metres built at Oceanco and yachts from 40-80m built at Proteksan.

“Now he has a complete range of megayachts ranging from 40m to 150m,” Karabeyoglu said.

The two orders come off the back of Barwani’s investment in the company, and more than a year after the launch of Ileria, Proteksan’s most recent launch.

Karabeyoglu also said there were further orders in the pipeline that he was hoping to announce soon, with the yard able to work on seven or eight projects simultaneously.

The 81 metre is a brand new hull, while the 47 metre is a hull the company had in stock, hence the anticipated 18-month delivery schedule.

Superyacht Turquoise – how a top hotelier transformed his 55.4m into a charter success