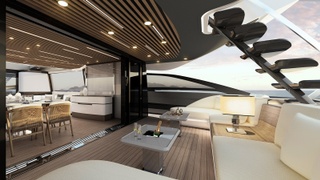 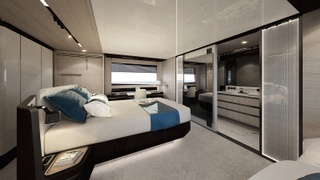 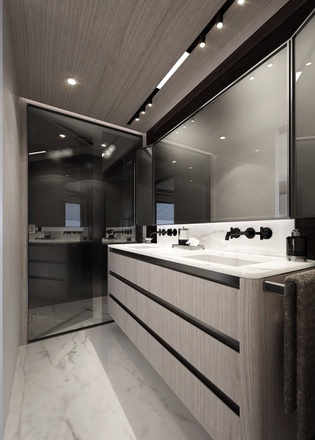 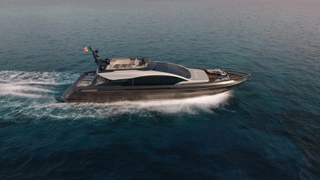 Italian yard Azimut Yachts has released new renderings and details about its new model, the S10, which is due to hit the water later this year.

The 28 metre yacht features exterior design by Alberto Mancini, while interior styling comes courtesy of Francesco Guida. The S10 will become the flagship of the yard's S Collection on its launch. It was first revealed alongside Azimut's Grande Magellano 25 Metri at Milan Design Week last year.

Speaking at the Teatro dell’Arte in Milan last year, Azimut Yacht’s Giovanna Vitelli explained, “For the past ten years we have been searching outside of the industry for leading architects who can introduce a new language on our yachts with completely different stylistic codes, expressed by evolving and contemporary projects.”

Mancini has previously collaborated with the likes of Overmarine, Fairline and Dominator. For the Azimut S10, he sought to combine the elegance of a sailing superyacht, the architecture of a modern seaside villa and the personality of a supercar.

This can be seen in the flush decks, aft beach club and slightly lowered amidships cockpit, which will be the main social area on board the Azimut S10. Other key features will include fold-out terraces and exposed carbon fibre detailing, both in the pulpit and the central staircase.

A key design fingerprint of the S10 is its "aerodynamic shapes" which are "underscored" by a hidden lighting design. "The light throws the yacht's distinctive stylistic features into relief and gives the model an even more recognisable look," the yard said.

It described the central stairway, which leads to the fly deck, as the "backbone" of the boat, which embodies the design with "perfect symmetry".