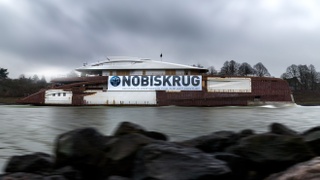 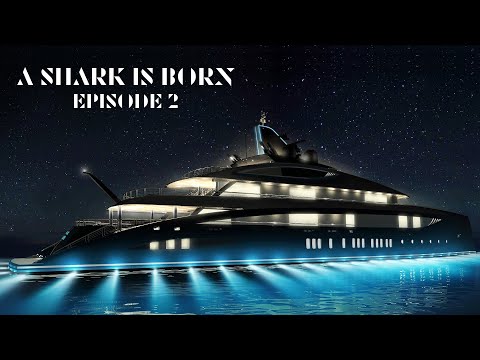 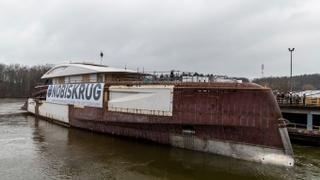 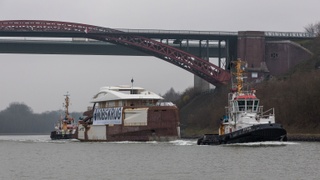 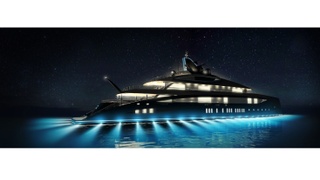 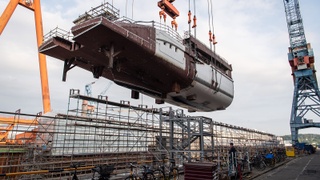 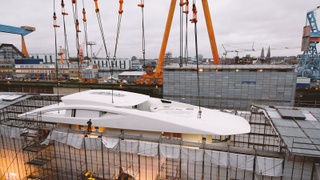 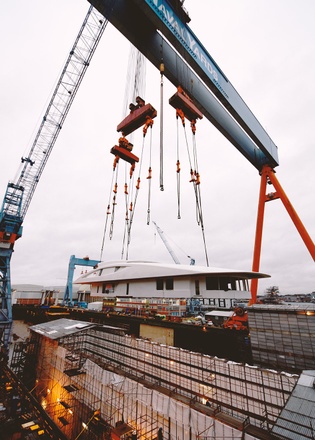 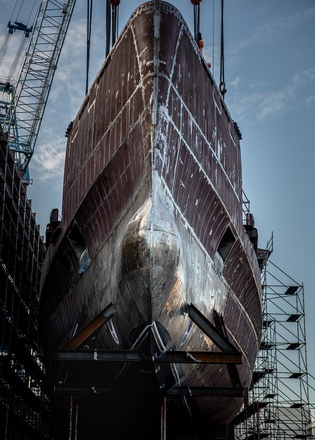 Video: Behind the Scenes of the 77m Nobiskrug Superyacht Project Black Shark

The hull of the custom new-build arrived in Rendsburg to begin outfitting on December 12 after being towed from the Kiel facility by two tugs.

Nobiskrug director Fadi Pataq explained: "Today we towed Black Shark from our sister shipyard through the Kiel Canal and now she has arrived at Nobiskrug in Rendsburg.

"The next stage is going into the outfitting shed for fairing, painting and the outfitting of the vessel. This is the last time Black Shark will see daylight until she is finished."

Outfitting works will see the hull painted matte black to mimic the skin of the black shark. The dark colour will wrap around three decks while the superstucture will be painted in a "sporty" metallic silver to complement the mast, which has been designed to resemble a shark's fin.

Pataq added: "Following the keel laying in February this year, we are excited to see Black Shark entering the next phase of the build process, interior and exterior outfitting, which will commence at our facility in Rendsburg.”

Julia Stewart, director of Imperial, which is acting as the owner's representative on the build, added: "It’s a new milestone achieved for this exciting project, a step closer to the final delivery.

"Her detailed and astonishing black hull will certainly impress the world when will come the time of her first official splash into the water."

The construction milestone comes after the joining of the hull and superstructure in October 2018. The keel was laid on the project in February this year.

The keel laying ceremony included the coin insertion tradition, which saw the owner place a special coin under the keel.

Project Black Shark was sold by Imperial in April 2018 with a withheld asking price.

The five-deck yacht is being built to a steel and aluminium design by Winch Design and will feature a distinctive reverse bow.

Scheduled for a spring 2021 delivery, the yacht will feature interior design by Sinot Exclusive Yacht Design and will include two luxury tenders, an on-deck whirlpool and a grand beach club with a spa area.

The accommodation layout has not been revealed but it is known that Project Black Shark will be built under Tier 3 regulations and the Red Ensign Yacht Code Part A. Key figures include a 12.75 metre beam and 2,080 GT.

The hull and superstructure were joined in October

Both Imperial and Nobiskrug said they had decided to “open our doors and give exclusive behind the scenes access” on Project Black Shark as it progresses.

Imperial chief executive Evgeniy Kochman said: “With Project Black Shark, together with Nobiskrug, we want to give a clearer understanding of our industry and how exclusive creations are coming to life, who are the people behind.”