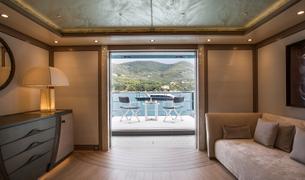 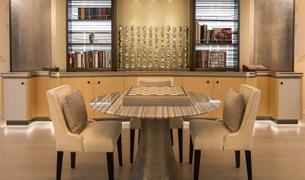 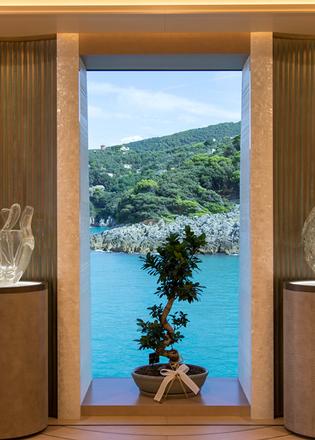 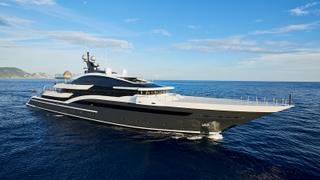 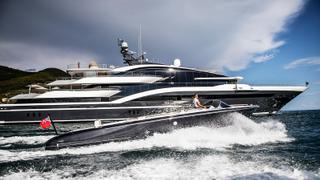 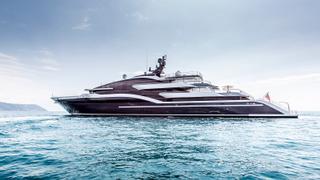 Oceanco has released new images of its 90 metre superyacht DAR, which received its worldwide debut at last month's Monaco Yacht Show. The yacht became one of the world's top 200 largest superyachts when she was delivered in July. She completed her sea trials off the coast of the Netherlands in April.

The new photos show the interior design of DAR, which was undertaken by Nuvolari Lenard and features art glass, sculpted leather panels and metal decoration. Speaking about the design, head interior designer Valentina Zannier said, "DAR embodies a world of elements inspired by nature and encapsulated in the design narrative. Replete with curves and organic shapes, the yacht comes alive with light timbers, bright colours and references to flora, fish and sea life."

She added, "There was extreme attention to fine details throughout. We believe the owners and their guests will feel enveloped in beauty and comfort everywhere onboard. This was the design intent from the day one."

Take a closer look at the interior design of DAR, which was undertaken by Nuvolari Lenard

Accommodation on board DAR is for up to 12 guests split across six cabins including an upper deck owner’s suite complete with a private terrace that faces over the bow and includes a superyacht spa pool.

The key communal area is the main deck saloon, which boasts stunning views out to sea through 2.3 metre tall windows, while the bridge deck swimming pool is flanked by sunpads and fed by a cascade of waterfalls starting on the upper deck.

Other star features include a private superyacht helipad, dive centre, hammam, sauna and submarine storage as part of a sprawling beach club.

Meanwhile, DAR is also equipped with two superyacht elevators — one for guests, surrounded by a spiral staircase, and a second that allows for discreet service from the 31-person crew quarters.

De Basto explained why DAR was dubbed Project Shark during construction. "The wing stations when viewed from above bear a distinct resemblance to a hammerhead shark, while the mast in profile is shaped like a fin, contrasting with the flowing rhythm of the hull below," he said.

"My initial drawings may have looked like a futuristic concept but it's actually the result of a perfect integration between interior layout and exterior design. It's not just a styling exercise applied over a generic layout, it's a complete unique design."

DAR has received a number of awards since her launch, including the Best Yacht of the Year award at the Cannes Yachting Festival and Best Exterior Design and Finest New Yacht at the Monaco Yacht Show.

Other superyacht projects currently under development at the Dutch yard include the 109 metre Project Y718, aka Project Bravo, a Nuvolari Lenard design that is also due for delivery this year.