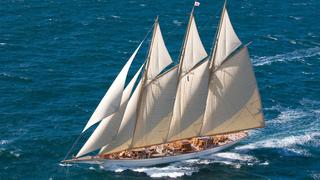 A Pablo Picasso painting, which was seized from a superyacht by French customs in Corsica, has now been transferred to a museum in Madrid, Spain.

The painting is considered to be a Spanish “national treasure” and is banned from leaving Spain. French customs officials confirmed that on July 31 The Head of a Young Woman painting was taken from a superyacht moored off Calvi following “an attempt to export to Switzerland”.

A team of Spanish police – accompanied by an art restorer and expert in packaging fine art – have now retrieved the painting from Corsica and brought it to the Reina Sofia Museum in Madrid. The museum also houses the famous Picasso painting Guernica.

A museum spokesperson has said, “The painting will be stored in a warehouse of the museum until we know more about its destiny.”

Spanish banker Jaime Botín, 79, owns the painting, which is thought to be worth more than €25 million. He bought the Picasso painting in 1977.

While the name of the superyacht on which the seizure took place hasn’t been named, it’s thought to be the 65 metre sailing yacht Adix, which was in Calvi at the time.

There has been a three-year battle between Botín and the Spanish authorities as to whether the artwork, which was painted in 1906, can be taken out of Spain.

A request in 2012, via Christie’s Iberia, to move the artwork from Spain to London was turned down by Spanish culture ministry because there is “no other similar work on Spanish soil”.

Botín tried to appeal this decision claiming that as the painting was kept on board Adix, which is a British-flagged yacht moored in Valencia, that it was not technically in Spain. Botín’s lawyers also argued that the work belonged to a company registered outside of Spain, Euroshipping Charter Company LTD.

Judges turned down the appeal arguing that as per the 1982 Montego Bay Convention “the existence of a ship in a Spanish port, except in the case of military vessels, is subject to Spanish law”.

Adix launches after an eight-month refit at Pendennis