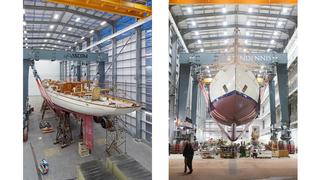 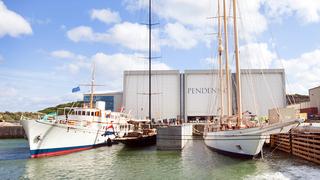 Adix launches after an eight-month refit at Pendennis

After completing an eight-month refit, luxury sailing superyacht Adix has been launched. The extensive refit programme at Pendennis included a redesign of her deck house, the addition of new portholes on each side and an overhaul of her engineering.

The revamp of her deck house moved it further forward, and added a seating area to allow better interaction with the owner’s accommodation. As part of the refit, Adix was given new generators and had a main engine, bow thruster and rudder installed.

This was the fourth refit of Adix at Pendennis, based in Falmouth in England. Built in Spain in 1984 to an Arthur Holgate design, Adix had her first transformation back in 1991 when she underwent underwent a transom modification and full interior strip out, with design by Dykstra Naval Architects. This remodelling programme saw her named as ‘Best Refit’ in the ShowBoats Awards that year.

The three-masted, 370 tonne schooner, originally called Jessica and for a time renamed as XXXX by then-owner Alan Bond, who recently passed away, to promote his beer brand, is still one of the largest sailing yachts built since the 1930s. Adix has competed twice in the Pendennis Cup, a regatta for classic and modern yachts 30m+ organised by the yard off Falmouth.