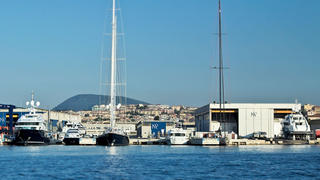 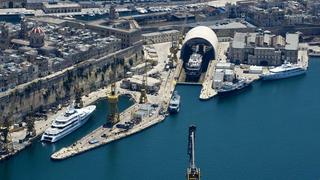 The Palumbo Group has acquired the ISA Yachts shipyard, it has been announced. The court of Ancona authorised the transfer after the offer was accepted last week.

In a statement, the new owners said: "While awaiting the finalisation of the transfer, Palumbo Group is preparing all that is necessary for the reopening of the shipyard in Ancona and the go-ahead for all production and collateral activities."

The acquisition of the ISA shipyard is part of the Palumbo Group's rationalisation plan to dedicate a facility to new construction and major refitting. It plans to use local subcontractors, some of whom have already been working with Palumbo Shipyards.

Speaking earlier this year after submitting a bid for ISA, Palumbo Group CEO Giuseppe Palumbo said: "It is indeed our intention to build in the Ancona Shipyard both with our historic Columbus Yachts brand and with the ISA brand. We would particularly like to start production immediately with the Columbus 40 SH, and later with the ISA 650 model."

In 2014 the Palumbo Group acquired the ITM shipyard in Marseille. In 2012 it expanded its facility in Naples and in 2011 it took over Malta Super Yacht Services. The group also has shipyards in Messina and in Tenerife.

It was revealed in February that Wider Yachts had made a formal offer for ISA at the start of 2016, but that offer was withdrawn in March.

The ISA shipyard facility has four sheds that would provide the ability to build several yachts up to 80 metres at the same time. Wider had hoped to combine this facility with its team of professionals under the financial backing of Malaysian investor Tan Sri Lim Kok Thay and his Genting Group.

ISA has constructed more than 30 superyachts since it was founded in 2001, including the sublimely silent superyacht Okto and the bright and chic Forever One. However, the Italian builder has not signed a new contract since May 2014 and has been facing an uncertain future.