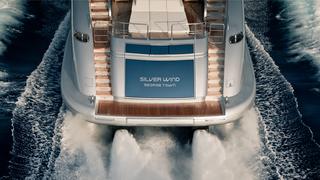 The future of Italian superyacht builder ISA Yachts is uncertain with the yard seeking protection from its creditors.

Despite launching four yachts last year, the Ancona based shipyard has not signed a new contract since May 2014 and is understood to be carrying about €40 million in debt. ISA's recent launches include 66 metre Okto, currently for sale, 44 metre Silver Wind, also for sale, 54 metre Forever One and and 43 metre _Philmi. _

In a statement, the yard said its management was “searching for a new investor to relaunch the company”, adding that the after sales and refit units remain active.

The shipyard is owned by London-based Yachting Investors Group, which Boat International was unable to reach for comment. More than 100 jobs are at risk if the yard is forced to close.

According to local paper Ancona Today, on May 18, the workers at ISA Yachts went on strike, supported by representatives from Fincantieri and CRN. Part of the Ferretti Group, CRN has undergone restructuring lately, with temporary layoffs and voluntary redundancies reported.

During the strike, the ISA workers occupied a plaza, blocking traffic and handing passing motorists leaflets that were intended to raise awareness about the situation at the yard. The leaflets stated that the workers were stuck without pay.

According to the Ancona newspaper, only 16 workers have been kept on staff at ISA, working in rotation to take care of the maintenance of two yachts.