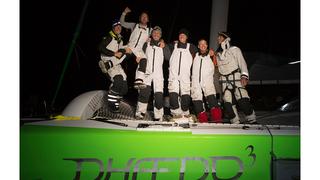 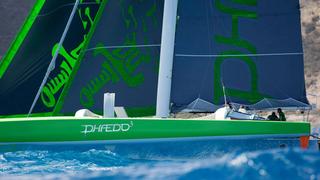 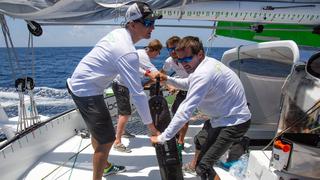 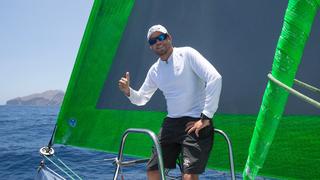 “We launched out of Antigua on port gybe with a full main and J1 an hour before sunset on Tuesday", says Phaedo3's Skipper, Brian Thompson, describing the trip to Antigua. "Within minutes, we gybed and remained on starboard for the next couple of days, blasting along at over 30 knots on flat seas."

Phaedo3 lucked out with great weather in its first 24 hours of the trip, travelling an amazing 654 miles. Weather patches and storms rolling by the next day only helped the journey, as Brian Thompson reports, "We squeezed between a high pressure system and storms to our west over Florida, where we got a nice slingshot northwards. Four hours of total becalming then six hours of dense fog were followed by a lovely sail into Newport for a fantastic midnight finish”.

On 24 April, Phaedo3 finished the Guadeloupe to Antigua Race in one hour and 27 minutes. This bested the previous record set by sailing superyacht Mari-Cha IV by a whole 51 minutes.

The next day, on 25 April, Phaedo3 set a new record for sailing around Antigua, circling the island in only three hours 26 minutes and nine seconds. This is more than an hour swifter than the previous record holder, Sojana, who has held a time of four hours, 37 minutes and 43 seconds since 2009.

Then on 26 April, Lloyd Thornbug and his crew set out to break the speed record for sailing the 80-mile course around Redonda. This record was also previously held by Sojana since in 2010. Phaedo3 has set the new record at five hours, 18 minutes and 58 seconds, besting Sojana’s time by nearly two hours.

Just launched in January 2015, the MOD 70 Phaedo3 is already making quite a name for herself on the racing scene. Phaedo3 is the newest high-performance multihull yacht in yacht owner Llyod Thornburg’s stable.

He also owns the orange-hull Gunboat catamaran Phaedo. Beyond her racing prowess, the original Phaedo stands out for her slick interior with carbon fibre surfaces as far as the eye can see. Both are named in honour of the book Phaedo, by the philosopher Plato, and both yachts brandish a pirate logo.