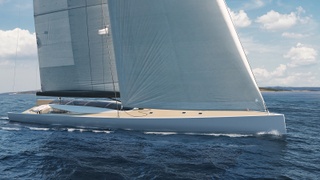 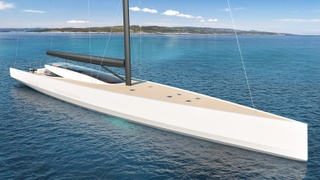 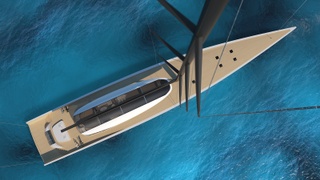 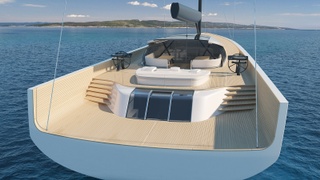 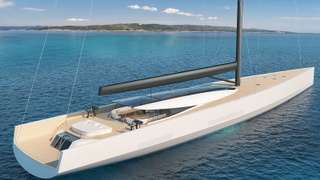 The latest concept from the French designer came about after he was motivated to create a "zero emission yacht". It is the second concept from Briand’s new family of self-sufficient performance yachts and follows hot on the heels of the 90 metre SY300. Briand previously described the SY200 as the SY300's "little sister".

Key features of the concept include "minimal hull lines" and "flush decks", resulting in a "contemporary look". Elsewhere, the yacht has a beam of 10.5-metres and guest areas split across two decks.

The ketch features a carbon fibre mast and rig, as well as the same contemporary hull and inverted bow as the SY 300. Briand estimates the yacht to generate 500kW when sailing at 15 knots and 200kW at 12 knots.

Accommodation meanwhile is for a total of 10 guests across a full beam owner's suite, which leads out into a large terrace with a Jacuzzi, and four large guest cabins. A 16 seat dining table in the cockpit is protected from the sun and boasts panoramic views. Elsewhere, the yacht features an owner's aft steering station with space enough for 14 guests.

Speaking about the design, Briand said: "I believe we need to embrace ‘lateral thinking’ when it comes to the future of sailing yacht design. We want to work alongside owners to create the perfect renewable energy machine, using only wind, water and solar energy to run the yacht and provide an exceptional experience of peace on board and exploration of the sea.”

Briand said the yacht will also appeal to environmentally conscious owners and is equipped with underwater turbines capable of charging the batteries.