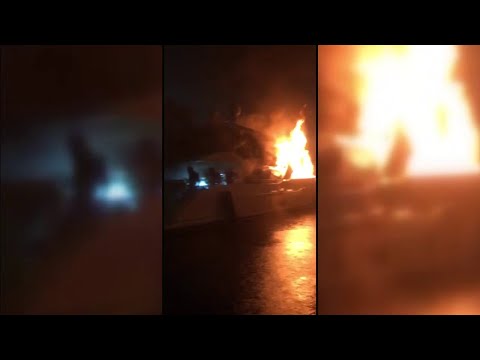 The Benetti superyacht Princeville and Hargrave superyacht Tigers Eye have been severely damaged in separate yacht fires over the weekend.

Both yachts were moored in Fort Lauderdale when the fires broke out, with firefighters first called to the 28.5 metre Benetti Princeville, which was pictured with its bow on fire.

They were then called to the 29.9 metre Tigers Eye one mile downriver. It is understood that both yacht fires had around 50 firefighters attending the scene at once. No injuries were reported from either fire.

While the incidents are believed to be separate, an official investigation is underway into the cause of the fires.