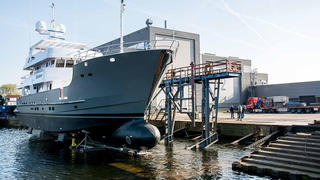 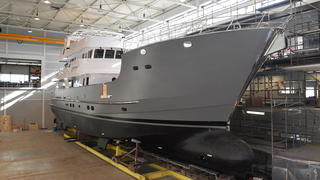 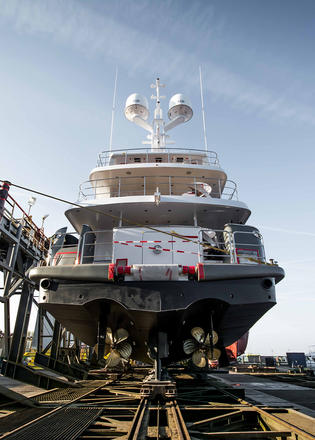 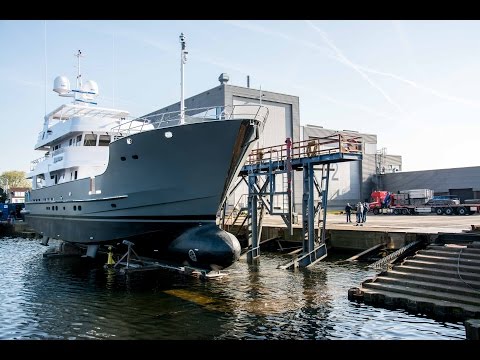 The 31 metre explorer yacht Sandalphon has been launched at Balk Shipyard following a complete rebuild.

Previously known as Project Gisele, Sandalphon began life at a Brazilian shipyard before her German owner had her hull shipped across the Atlantic to the Dutch yard’s Urk facility in 2015.

Take a closer look at Sandalphon

Speaking after her launch last week (April 20), Daan Balk, CEO of Balk Shipyard, said: “This project has been challenging for my team. Stripping down a yacht to rebuild it again might be a harder job compared to a new build.”

The yard worked closely with Azure Naval Architects, who advised that the hull be cut amidships and lengthened by three metres. A transom extension of one metre also allowed for the addition of a bathing platform.

Erik Spek, managing director of Azure, added: “Our first cooperation has been very successful and I sincerely hope we can make this a long term cooperation.”

Accommodation is for eight guests in four staterooms, including an owner’s cabin, a double and two twins, while the crew area allows for a total staff of four people.

Power comes from a pair of 440hp Caterpillar C18 engines for a top speed of 12 knots and comfortable cruising at 9.5 knots.

Other superyacht refit projects currently under development at the Dutch yard include the 46.63 metre Feadship yacht Charisma, which is due to be relaunched in time for the summer season.