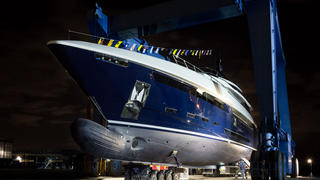 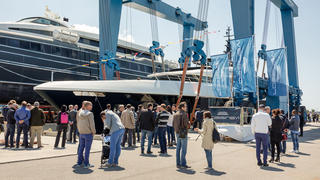 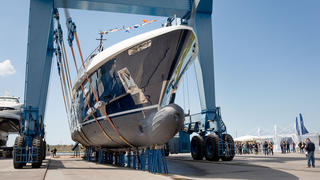 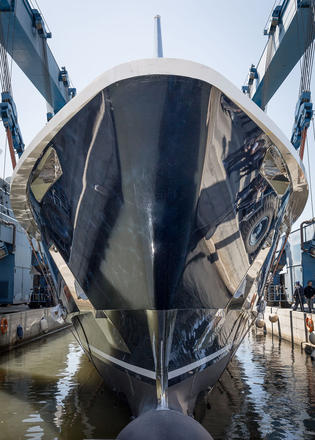 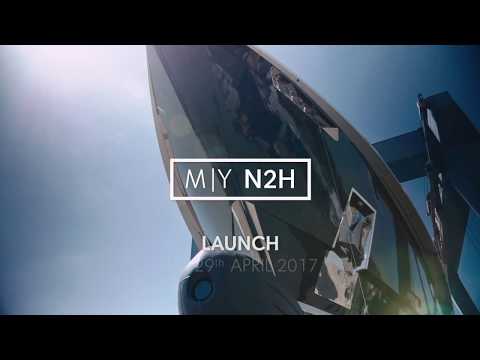 The third hull in the Prince Shark series of 48.5 metre yachts has been launched by Italian yard Rossinavi series and named N2H, which reportedly stands for "nice to have".

Styled inside and out by Enrico Gobbi's Team For Design, N2H hit the water in Pisa on April 29 with naval architecture by Arrabito and Rossinavi.

N2H is the third Prince Shark, following in the wake of Param Jamuna IV and Polaris, but features some important differences to her sisterships, including a steel and aluminium displacement hull (as opposed to her sisters’ all-aluminium semi-planing hulls).

"The geometry, the proportions of the boats are the same, but with some different styling details," says Gobbi. "On the first two units you had very aggressive and minimalistic, sharp edges. This boat is a bit softer, all the edges have been rounded."

The lighting design of N2H was important to the owner and Gobbi’s exterior styling is emphasised by lights that shine from the underside of the foredeck. The superyacht sundeck features an arresting pool with waterfall, lounge seating, a large dining and coffee table area amidships and a more secluded seating area forward for enjoying the view.

Take a closer look at the Rossinavi superyacht N2H

On the upper deck there’s an on-board cinema and a seriously spacious lobby, whose centrepiece is a helix-like custom Swarovski sculpture that runs down the centre of the superyacht staircase. There’s ample exterior seating both on the aft deck and foredeck. The owner’s suite is situated forward on the main deck, with a private superyacht office with a generously proportioned fold-down balcony.

Three double and one twin cabin guest cabin are situated amidships on the lower deck, with accommodation for eight crew forward. Tender storage is provided by a side-loading garage to stern.

Power comes from a pair of 1,300hp Caterpillar C32 ACERT engines offering a predicted top speed of 15 knots. When trimmed back to her cruising speed of 12 knots, N2H will boast a maximum cruising range of 3,300 nautical miles, thanks to a total fuel capacity of 30,000 litres.

Other superyacht projects currently under development at the Italian yard include the 70 metre flagship King Shark, which was sold in January and is due to launch in 2020.