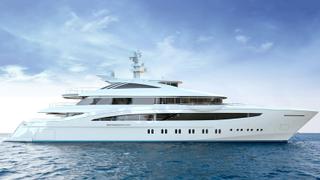 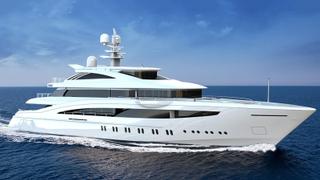 Italian yard Rossinavi has taken an order for a 52 metre yacht called Project Florentia, which will be built from a steel hull and aluminium superstructure.

Hull number FR039, this new-build yacht will be launched in 2020 sporting exterior design by Giorgio & Stefano Vafiadis, while Carlo Colombo and the A++ Design studio will create the interior styling.

Federico Rossi, chief operating officer at Rossinavi, said: "Florentia is positioned in a market for people who appreciate yachts with balanced lines and traditional boating.”

Details of Project Florentia are few and far between at this stage, however the yard revealed that the superyacht staircase will be a key part of the interior design, bringing together warm colours, leather and light wood.

What’s more, the owner’s suite will include a mirrored ring in the centre of the room to reflect light in all directions.

Accommodation is for up to 12 guests spread out across a spacious 700GT interior, while the crew quarters allows for a staff of up to 13 people. The engine installation is undisclosed, but the hull has been designed around a cruising speed of 13.5 knots.

Rossi adds that Project Florentia is part of a new wave of yachts over 50 metres and 500GT from Rossinavi - the first since the 70 metre flagship yacht High Power III (ex-Numptia) hit the water back in 2011. Other examples include the 70 metre King Shark, which is also due for completion in 2020.

This news comes less than a month after the yard announced the sale of the 49.7 metre Project FR038, which is being designed by Luca Dini.