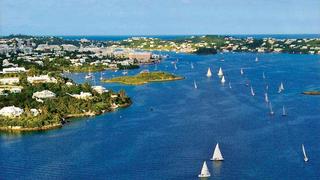 The Associated Press has reported that "a person with knowledge of the situation" had advised that the venue of the next America's Cup would be Bermuda.

This, of course, is premature of the formal announcement date that the Americs's Cup Event Authority has set for Tuesday, 2 December, 2014, at 11am in New York City. Bermuda and San Diego were both shortlisted as venues to host 35th America's Cup.

According to the Associated Press report, the source spoke on the condition of anonymity as the Cup Defender, Oracle Team USA, hasn't yet announced the decision. Yet it was divulged that Larry Ellison and Russell Coutts made the decision. Last year's Cup was famously raced in Ellison's hometown of San Francisco, with the San Francisco Bay making a spectacular natural theatre for the event. All who are involved – Ellison, Coutts, the Mayor of San Diego and Bermuda officials – have declined commenting on the latest Bermuda rumour, citing non-disclosure agreements, so we will wait another week yet to officially learn the venue.

Earlier this month, it was announced that Bermuda would host a leg of the America’s Cup World Series in 2015. Whether this will be in preparation for the big event in 2017 or a salve to the wounds of the Cup going to San Diego instead will be confirmed on 2 December.