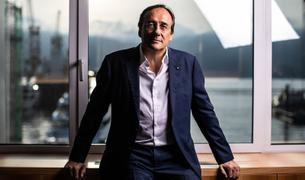 Sanlorenzo to return to 100% Italian ownership

Italian yard Sanlorenzo has returned to being 100% Italian owned.

Chairman and chief executive Massimo Perotti has bought back 23% of the yard’s shares from the Chinese company Sundiro Holding.

The shares were originally sold in 2013 to safeguard the Italian company against the financial crisis while developing the Chinese market for boats under 20 metres.

The shares were resold to Perotti as a result of the Chinese market failing to “take off” and Sundiro developing a liquidity problem, Perotti told the Italian newspaper La Stampa.

The developments mean that the Perotti family now owns 96% of the company shares while Sanlorenzo management holds the remaining 4%.

He also revealed the company will invest €100 million by 2020, with 52% of the sum invested in new facilities, 42% in new products and 6% in research and development.