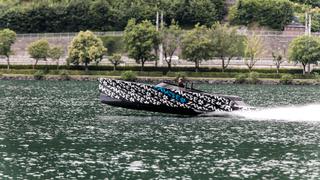 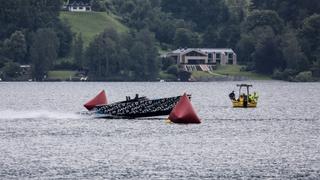 The SAY29E Runabout Carbon has become the fastest electric powered production boat in the world after setting a new world speed record.

The 8.8 metre boat set a world speed record of 51.3 knots during six speed runs over a distance of 463 metres.

The provisional record, which is set to be confirmed by the Union International de Motornautic next week, was set by Claas Wollschlaeger during the E-mobility trade fair IONICA at Lake Zell in Austria.

The SAY29E is the first boat in the class of eight to 10-metre-long production boats that has set the world record. It was recorded by two high speed cameras which set the start and finish times during all six runs.

The boat features a carbon composite hull with a steep-angled ‘wave cutter’ contour which cuts through the water. Side wings ensure maximum stability and precise steering at extreme curve speeds. The yard estimates that it will deliver between 20 to 25 boats in 2019.

It comes after Jaguar Vector Racing set a new world speed record for a battery-powered boat earlier this year. Developed with Formula E electric car technology, the Jaguar Vector V20E, the boat recorded an average speed of 88.62mph across a one kilometre stretch of the historic Coniston Water in Cumbria, England.