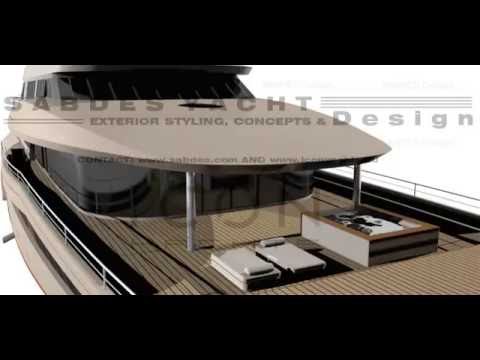 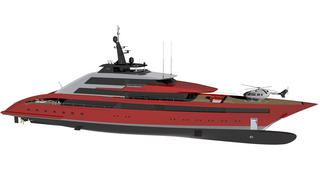 Australian designer Scott Blee has revealed a new superyacht concept that is based on the 85 metre Icon Yachts platform.

The design can be adapted to a range of fully-engineered platforms measuring between 80 and 90 metres, as the video below shows:

Blee said: “The decision was made to offer options for her superstructure styling and hullform to show how easily the design can mix up elements, changing the look anywhere from classic to more state-of-the-art.”

He also picked out two key options, explaining that the hull can be fitted with a conventional bulbous bow or a wavepiercing axebow, while the superstructure could feature overhanging superyacht balconies or integrated terraces. Other key features on board the 85 metre concept include a superyacht helipad on the foredeck and an infinity pool on the main aft deck.

Extensive use of glazing emphasises the connection between the interior and exterior spaces, while the hull will be offered in a range of colourful finishes, from red and blue to a more traditional cream look. All three designs feature dark mullions on the upper deck to make this superyacht concept appear one deck lower.

Power options would include a hybrid propulsion system, although no further details have been disclosed about the total output, cruising speed or maximum range.

Key projects currently under development at Icon Yachts include the 75 metre Icon 250 and the 29 metre Icon 100, both of which are due to hit the water next year.