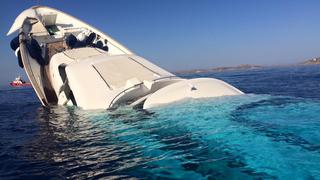 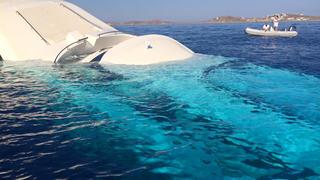 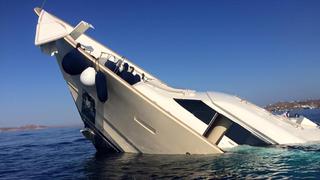 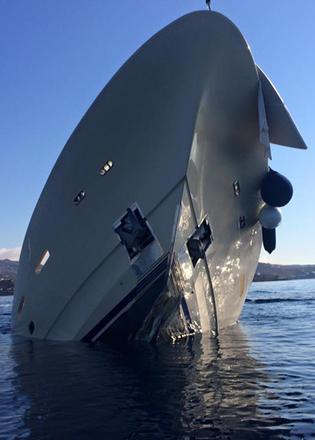 Shocking photos and a video show a superyacht sinking off Mykonos, Greece. With clear blue waters surrounding the Greek island, you can see in vivid detail the yacht’s demise.

The superyacht only sank in Mykonos this morning, and details are still trickling in, but see the photos and videos of the wreckage here first.

Local news outlet Mykonos Daily is reporting that the yacht ran aground on a reef near Paraga, off of Mykonos, around 5 a.m. and sank before dawn. Mykonos is part of the Greek island chain of Cyclades, which is ideal to discover by yacht.

The yacht, which Boat International estimates to be a Custom Line Navetta 33, is likely named Aloha and owned by an American. The day after the incident, the yacht was said to be in the area between Platis Gialos and Psarrou off of Mykonos, an island which can be best explored with this Mykonos insider's guide.

According to initial reports, all of the four guests on board were able to escape the sinking yacht unharmed.

Photographs of a yacht sinking off of Mykonos

The video below shows a small dinghy approach the sinking yacht, whose bow is sticking up out of the water.

This is the second yacht to sink in Greece this summer. In July, multiple explosions caused a yacht to catch fire and sink off Greece.

Yogi: an exclusive look at the superyacht that sank in the Aegean Sea

An insider’s guide to Mykonos