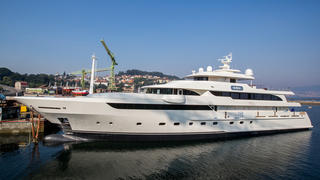 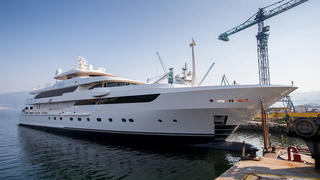 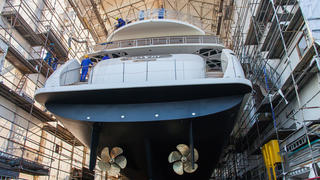 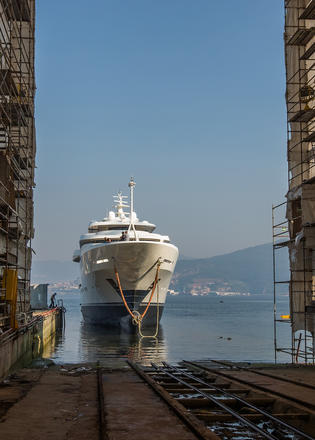 Spanish yard Metalships Rodman has announced the launch of 59 metre superyacht _Maybe. _The largest yacht to be both built and designed in Spain to date, Maybe is for sale with Camper & Nicholsons International. She will now head off on sea trials ahead of her debut at the Monaco Yacht Show, where she will be one of the must-see new yachts at MYS 2016.

Naval architecture and exterior design is by Acubens, while Toni Colom of Marcelo Penna Yacht Design has created bright and contemporary interiors. Accommodation is for 12 guests across six cabins, and she is designed to be crewed by a staff of up to 16.

Key features include a helipad and a central spiral staircase that is wrapped around a superyacht elevator, providing access to all three decks of this steel-hulled superyacht.

Take a closer look at the 59 metre Spanish superyacht Maybe

Maybe spent more than seven years in development, with the keel laid on November 20, 2008 by Factoria Naval de Marin. She was given a technical launch on March 31, 2009, however financial difficulties forced the yard into bankruptcy before the yacht could be completed.

Metalships Rodman purchased this in-build superyacht in February 2015. Extensive tests found that her hull and systems had been kept in an excellent condition by the liquidators, allowing the Spanish yard to proceed to the final fit-out stage.

Maybe is propelled by a pair of Caterpillar 3512B engines for a total power output of 3,900hp and a top speed of 17 knots. When cruising at 12 knots she will have a Transatlantic range of 5,000 nautical miles thanks to her 135,000 litre fuel tank.