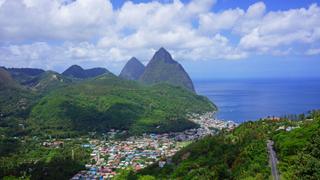 The owner and manager of the Marigot Sunshine marina in St Lucia has been found dead at his home, according to press reports. Robert Hathaway, 66, was found by a neighbour in Grand Riviere last weekend.

Police are waiting for the outcome of a post-mortem examination and are currently treating the death as murder, Boat International’s sister publication Dockwalk reports.

The Foreign and Commonwealth Office has confirmed it is also assisting in the death of a British man on the island.

Mr Hathaway bought land in Marigot Bay, St Lucia in 2001 and ran the marina from its creation in 2006 until 2014. He was also a former chairman of the St Lucian Hotel and Tourism Association.

Originally from the UK, Mr Hathaway studied at the University of Cambridge and began his career as a trainee naval architect at Vickers Shipbuilding Group before forging a successful career in local government at Haringey council in London.

After returning from a sabbatical year sailing the Mediterranean, Mr Hathaway switched careers and became the general manager of Victoria Marine Yachts in Southampton.

He then spent more than a decade designing yachts, as well as working as a yacht captain on a 17-metre sailing yacht before overseeing the construction of a 20 metre North Wind sailing yacht in Barcelona.