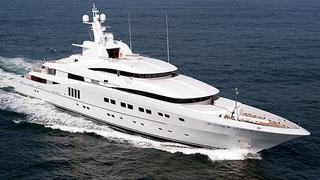 Abeking & Rasmussen announces that the superyacht Secret was delivered yesterday, ahead of schedule.

Launched in March, Secret (hull 6493) is a 82.3m motor yacht designed by Sam Sorgiovanni. The interior is by Jim Harris, the long-time designer for the owners, who was also responsible for the interior of the 61.2m Feadship named Secret (now renamed Majestic).

The build order of Secret was placed by Burgess, and Captain Andrew Lawrence served as build captain and owners’ representative since the inception of the project.