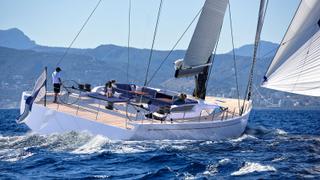 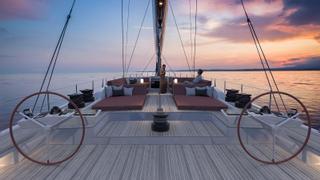 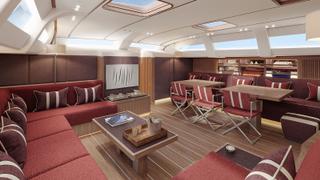 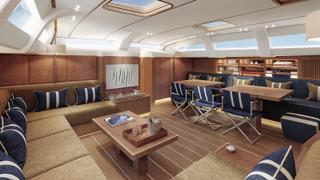 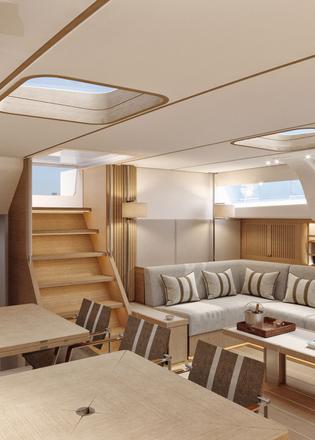 Construction is well underway on the first 30 metre Swan 98 hull, which is on track to hit the water this summer.

Currently in-build at Nautor’s Swan's Boat Technology Centre in Pietarsaari, Finland, the yacht will make its international debut at the Monaco Yacht Show this September.

The Finnish yard also revealed that the first hull will feature the 'Owner Aft layout', which sees the owner's cabin located aft. The interior will be bedecked in a "warmed traditional navy mood", with furniture and floorboards finished in dark oak with a satin finish.

"Nautor’s Swan is excited to introduce the new era of Maxi Swan with the Swan 98 to the world next September," he added.

Designed by veteran Swan designer German Frers, the 30 metre yacht design was unveiled in May 2018 and will include a number of customisation options that mean no two Swan 98s will be the same. Three hulls have already been sold.

One key opt-in feature is a telescopic keel which will reduce the draught from 4.9 to 3.2 metres and will appeal to clients wanting to enter shallower reefs and harbours.

Frers’ design sees a flared stern aft with a sheerline sweeping to a clean foredeck and low profile coach roof. Plans include a hydraulically powered transom to reveal a teak-decked swim platform and garage for a tender of up to four metres.

A full beam engine room will sit below the raised saloon providing access to the yacht’s 279hr Steyr main engine.

The design allows for a second companionway aft for easy owner or crew deck access depending on the interior layout. The yacht will also feature twin helms aft, a square mainsail and double length bowsprit.

An additional fourth interior theme has been created in-house by the Nautor's Swan design team. It attempts to capture a Nordic atmosphere with a ‘Spirit of Finland’ theme.

Poggi’s first layout places the master suite at the bow with a large bathroom, lounge and rear-facing bed. The second offers a more spacious full-beam master cabin aft with an ensuite and walk-in wardrobe.

Three ensuite guest cabins – a double and two twins, complete the accommodation for eight people. The crew quarters will include two twin ensuite cabins for a staff of up to four people.

Speaking about the design, Poggi said, “The fundamental principles are exactitude and method, as well as the unchanging habit of involving craftsmanship, and the use of real, natural and traditional materials.”