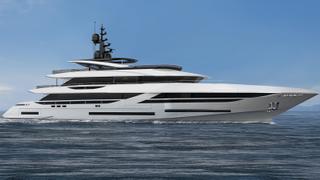 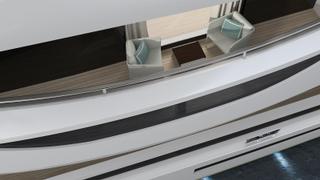 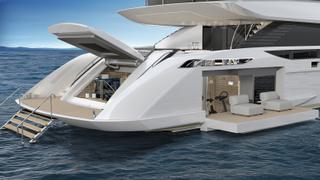 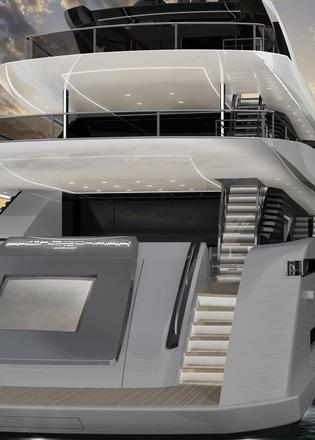 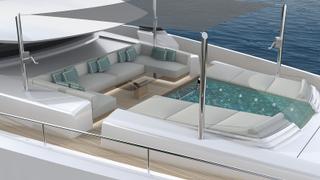 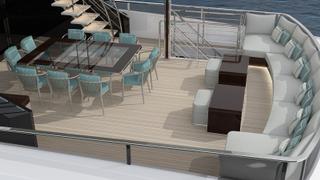 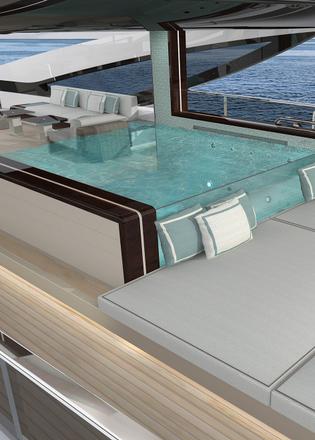 Team For Design opens up about Rossinavi Prince Shark 50

Italian studio Team For Design Enrico Gobbi has released the first details of its latest collaboration with Rossinavi, the Prince Shark 50.

This new design builds on the success of the Prince Shark series, but adds new naval architecture and a fixed owner’s balcony, as well as an extra 1.5 metres in length to bring the LOA up to 50 metres.

"My aim was to design a yacht that combines the elegance given by neat lines and proportions, along with an aggressive appearance given by some particularly sporty and dynamic details,” said Gobbi.

“The sleekness of the exterior lines, and in particular the narrow shape of the massive structure of the fly deck in which a large glass window has been inserted, combined with the unique design of the superstructure’s long and narrow windows, make this yacht appear even longer than other yachts in this category.”

Despite the numerous changes, several trademark Prince Shark styling cues remain, such as the 45 degree reverse-angled windshields, but the cockpit and upper deck overhangs have been inflected to add a sense of lightness and fluidity to the exterior lines.

Elsewhere, the studio has expanded the Prince Shark’s superyacht beach club with a fold-out section to starboard, which allows guests to enjoy a sea view as they work out in the gym. A new foredeck spa pool offers a further option for unwinding.

Four hulls of the original Prince Shark series have been sold so far, but the studio explained that this larger design is for a new client and it could be built and launched in Viareggio within two years of contract signing.

Other superyacht projects currently under development at the Italian yard include the 70 metre King Shark, another Gobbi design scheduled to hit the water in 2020.