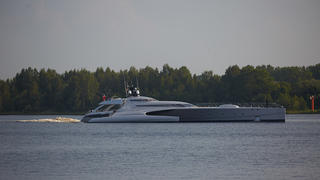 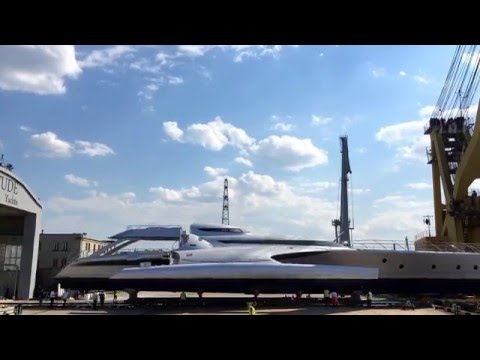 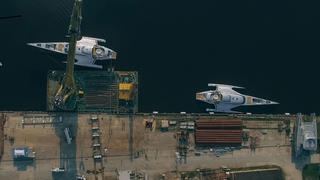 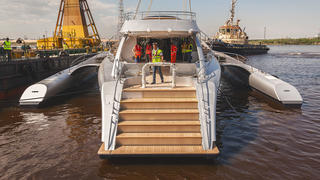 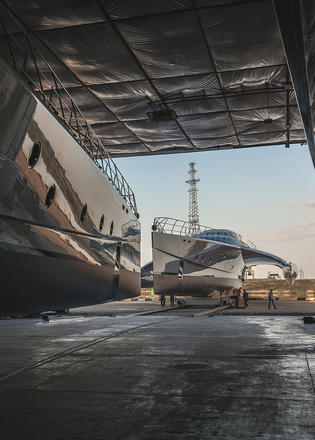 The 53 metre trimaran superyachts Galaxy and Galaxy of Happiness have been delivered to their new owners in the UAE, Latvian yard Latitude Yachts has announced.

The superyacht pair were launched in Riga on May 10 and both went on to reach their designed top speed of 30 knots on their sea trials.

Their futuristic design and sleek silver exteriors by Jean-Jacques Coste, which Latitude Yachts described as “resembling a spacecraft from Hollywood blockbusters”, call to mind other notable multihull superyachts, such as Adastra — the futuristic trimaran from McConaghy Boats — and current round-the-world record holder Ady Gil.

The interiors were designed by Latitude Yachts and Jean-Jacques Coste and feature an owner’s cabin and two guest cabins.

Speaking in May, Valdis Irbe, co-owner of Latitude Yachts, said: “This was a great challenge for me and I was brave enough to agree to bring this project to life.

“I would like to thank the customer for giving his credence and opportunity to carry out this project of immense complexity. They have no analogues in size – they are the biggest trimarans in the world.”

Latitude Yachts' 53m trimaran project has been under development for nearly 30 months and the dual launch propels the Latvian yard into the superyacht spotlight, although they do not currently plan to display the trimarans at any upcoming boat shows.

Founded in 2006, the yard was previously best known for building five 60 metre restaurant boats that are based in Moscow.

Built from a GRP and carbonfibre composite, the new Latitude trimarans are propelled by twin 2,600hp engines. Latitude Yachts adds that they are expecting an imminent order for a further two 53m trimarans that will also be used in the UAE.