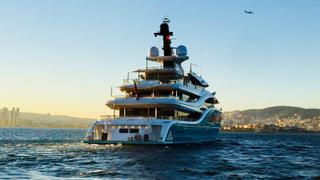 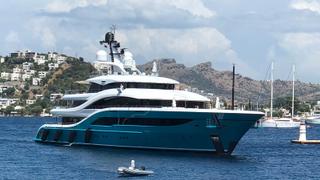 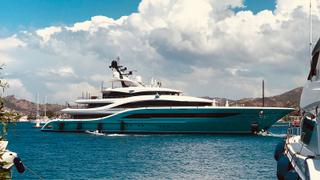 Turkish yard Turquoise has delivered its largest yacht to date in the form of the 77 metre Go. It comes after Go, which was previously known as Project NB63, was launched in March and completed successful sea trials shortly afterwards.

Go departed the shipyard to make maiden voyage cruising the Mediterranean before her world debut at the Monaco Yacht Show in September.

Sold in January 2017 with Burgess introducing the buyer, Go was designed inside and out by British studio H2 Yacht Design with a hull colour that pays tribute to the yard's name. The overall aesthetic has been described by Turquoise as “a modern evolution from [the 2012 launch] Vicky”.

Accommodation is for up to 18 guests split across nine cabins, while the crew quarters allow for a total staff of up to 20 people. Guests arriving in the main lobby will have the choice of using the elegant superyacht staircase or a full-sized elevator to access the main deck, where there they will find a saloon and a formal dining area.

Key features include a separate owner’s deck with a forward-facing suite and a private spa pool, a five metre swimming pool on the aft deck and a superyacht beach club that measures 162 metres square. A separate garage will allow storage for a ten metre limousine and an eight metre multi-purpose tender.

Go was built to Lloyd’s Registry standards from a steel hull and aluminium superstructure.

Other projects currently under development at the Turkish yard include the 66 metre NL233 and a 56 metre Hoek-designed explorer yacht and a 74 metre spec-build project, all of which are due for completion in 2019.