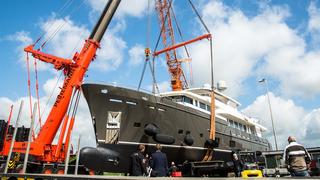 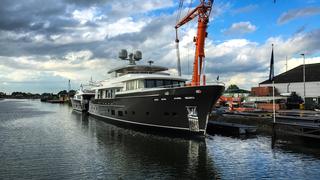 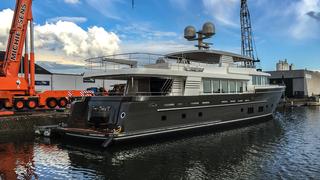 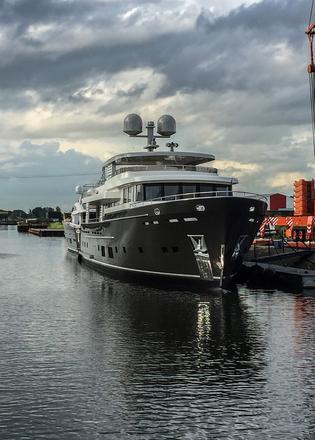 Wim van der Valk’s hull No WV0106, the Continental Trawler Flybridge 37 is a full-displacement yacht with a steel hull and aluminium superstructure. Notably, she is the first-ever yacht to feature a 2-axis Anti Roll stabilising system.

Ordered in July 2013 as a 33.3 metre yacht, the project grew to 36.8 metres in order to accommodate a larger owner's cabin. While the design of the Continental Trawler was being reconsidered, the occasion was used to also extend and enlarge the saloon.

Guido de Groot is responsible for the interior and exterior design, while Ginton was called in for naval archtirecture. She will accommodate eight guests in four cabins with a full-beam master stateroom and a VIP forward. There are accommodations for six crew in three cabins.