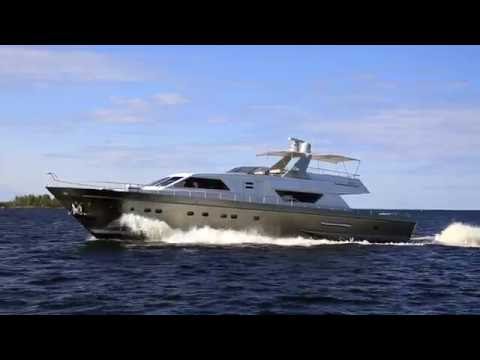 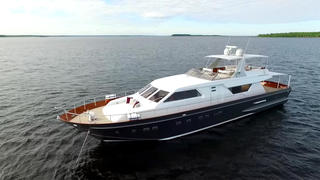 Baltic Yachts has completed an extensive 20-month refit on the classic 24.7 metre superyacht Sunny Day in collaboration with Design Unlimited.

This is the second non-Baltic yacht that the Finnish yard has refitted after Nariida, and the fruits of its labour have been captured on video:

Work began in October 2014 when Baltic Yachts’ refit and service team was tasked with lengthening the yacht from 22.5 metres to 24.7 metres and increasing her top speed from 24 knots to 30 knots.

As the video above shows, a glass sliding door leads from the cockpit into the saloon area, which is set just aft of the lower helm position and a raised seating area to starboard.

Accommodation is for seven guests and three crew split across a master suite, pullman cabin and an unusual four-person guest cabin. Exterior relaxation spaces on board Sunny Day include a spacious bimini-covered flybridge and foredeck seating area.

Built in 1989 by CNSM as part of the Alalunga 21 series, Sunny Day features the Italian yard's classic mahogany hull and naval architecture by CN Spertini. Her 5.67 metre beam creates a total interior volume of 80 gross tonnes.

Upcoming projects at Baltic Yachts include the 53.9 metre sailing yacht Pink Gin VI, which is currently under construction and due to launch in 2017.