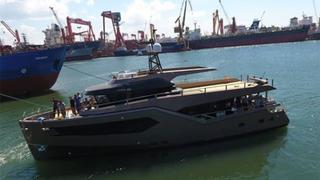 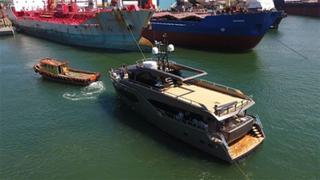 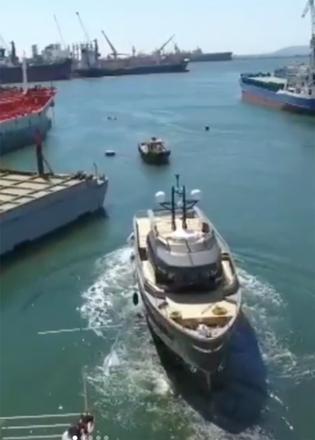 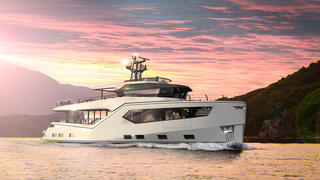 The yacht, which will appear at the Cannes and Monaco yacht shows, was launched on August 4.

Rock was designed by Dutch design and naval architecture studio Vripack. Described as an 'SUV yacht', she was built from a steel hull and aluminium superstructure and project managed by Tufan and Bros.

Owner Ali Sayakci, who was present at the launch, previously explained, “My utmost concern was how to make a sturdy and rugged yacht with sex appeal. Many of the practiced explorer concepts did not meet the aesthetic and technical criteria I was looking for. Vripack introduced us to the concept of a SUV yacht and it was love at first sight.”

Designer Robin De Vries revealed that marble is one of the key materials on board, with the masculinity of the stone creating a sense of balance with the feminine exterior lines.

Accommodation is for eight guests split between four cabins, including an owner’s cabin, a VIP suite and two twin rooms, while the crew quarters allows for a staff of up to four people.

“Rock has a high bow to intercept rough seas and a low aft to be close to sea,” Sayakci added. “For me Vripack managed to pack superyacht comfort and floor space into a moderate size, while achieving an impressive speed.”

Power comes from a pair of 1,000hp Caterpillar C12 diesel engines for a top speed of 17 knots. When trimmed back to her cruising speed of nine knots, Rock will boast a maximum range of 3,500 nautical miles thanks to a total fuel capacity of 12,000 litres.