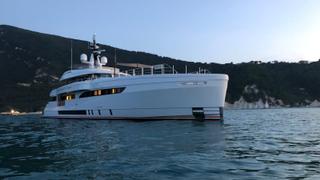 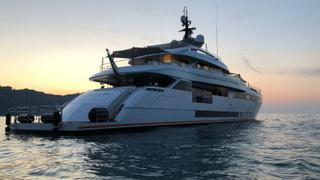 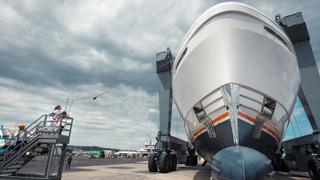 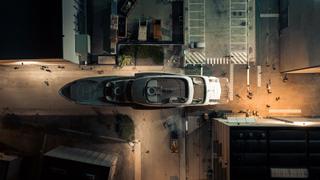 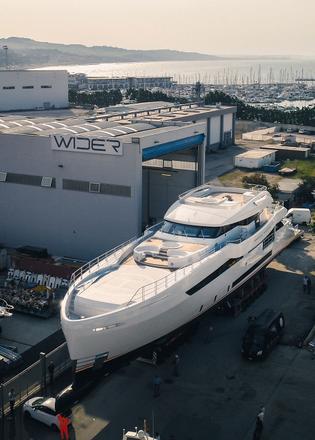 The Wider 165 motor yacht Project Cecilia has begun sea trials ahead of her slated delivery at the end of this month. The yard described the yacht's initial testing results as "astounding", adding that they "have taken the shipyard's quest for excellence to even higher levels".

Early feedback indicates that the noise and vibration levels on board are lower than forecast, the yard said, while the yacht's stabilisation system has also undergone extensive testing. The launch and retrieval of the yacht's personal submarine has also been put to the test.

It comes after the 49.98 metre flagship of the Italian yard was launched in May. It was the builder's second launch since the Wider 150, the 46 metre Bartali. Project Cecilia will receive her world premiere at the Monaco Yacht Show next month.

Project Cecilia features interior styling by Ideae Italia and exterior design by Fulvio De Simoni as well as design input from the Wider team of designers and engineers. She has an elongated exterior profile that will give her a unique look on the water.

Key features include a touch-and-go helipad and a submersible tender garage for the owner's tender. The tender garage can also be converted into a beach club, complete with indoor seven metre swimming pool. She has been designed to accommodate a large supply of toys.

Accommodation is for up to 12 guests split across five cabins, including a main deck master suite with its own fold-out balcony. On the lower deck, two VIPs and two twin rooms with pullman berths complete the guest layout. Meanwhile, the crew quarters allows for a staff of up to 11 people.

Power comes from a diesel-electric propulsion system, which includes two 531kW electric motors for a top speed of 14 knots and comfortable cruising at 13 knots. When trimmed back to ten knots, Project Cecilia boasts a maximum range of 5,400 nautical miles and silent cruising is available at five knots thanks to a 544kWh battery bank.

All the on board energy sources are controlled by the Wider Management System, which manages the power supplied by the shore connection, gensets and battery packs, distributing it between the hotel systems, propulsion system and recharging the battery packs, as needed. The Wider Management System was created with the help of American company NIDEC.

The Wider 165 Project Cecilia is listed for sale at €30 million.

5 design solutions that make us ask: is silence the ultimate luxury?