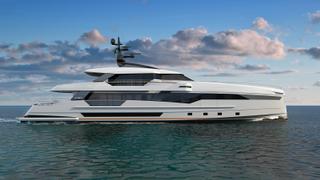 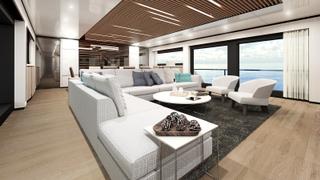 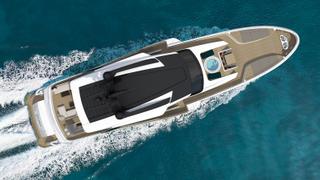 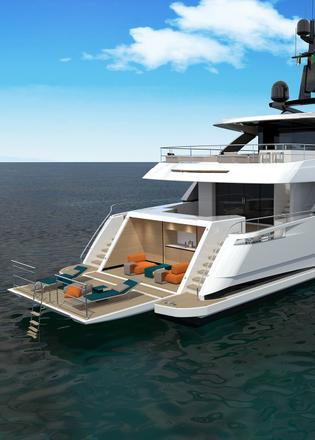 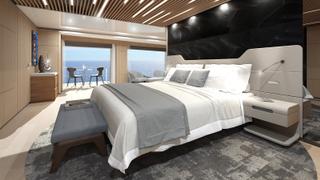 Italian yard Wider has revealed more details of its 39.62 metre Wider 130 project, which makes good use of the yard's signature diesel-electric propulsion system.

Michele Lubrano, head of design at Wider, said: "A lot of thought has gone into every detail of her layout so that as well as providing spacious guest areas that flow well from one space to the next, it will enable the crew to work efficiently and come and go discreetly through well-designed passageways.”

A top speed of 14 knots is expected, while silent cruising is possible in zero-emissions mode. Moreover, the Wider 130 will be able to sit at anchor and run all of its systems on battery power alone for up to six hours.

Take a closer look at the Wider 130

For this reason, the Wider 130 boasts accommodation for 12 guests in six staterooms, each with an en suite bathroom, while crew enjoy three twin cabins and crew mess. The captain's cabin is up above, adjacent to the wheelhouse.

Taking advantage of the yacht's high bow, the main deck master stateroom stretches forward. An owner's study is found aft, and a large terrace can be accessed from the stateroom — ideal for enjoying an evening cocktail or breakfast on the water.

As the name might suggest, the Wider 130 boasts an ample 8.4 metre beam, and this coupled with 2.1 metre headroom, drop-down bulwarks and floor-to-ceiling windows on either side of the main saloon will create a particularly inviting and open space.

On the upper deck, sliding full height windows can divide the wheelhouse and skylounge or open to create one indoor/outdoor sun deck that measures 85 metres square.

A large seating area with a spa pool, carved into the superstructure, is found forward of the superyacht wheelhouse, as well as a tender garage with room for a five metre tender and two Jet Skis that can be launched via a built-in crane. For further connection to the sea, the aft swimming platform extends creating a beach club, complete with bar and plunge pool area.

Based in Ancona, Wider was acquired by Genting Hong Kong Ltd back in April — a deal which allowed the yard to press on with the construction of its 49.98 metre flagship Project Cecilia.