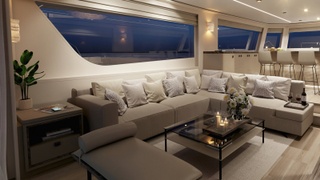 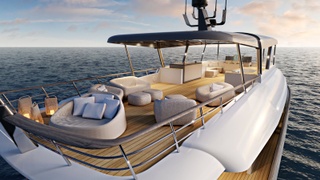 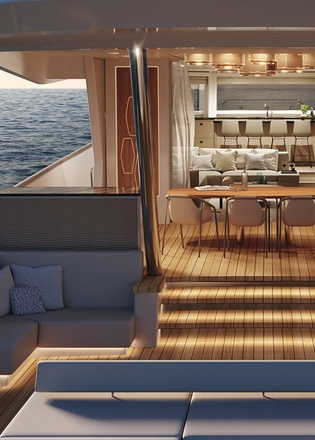 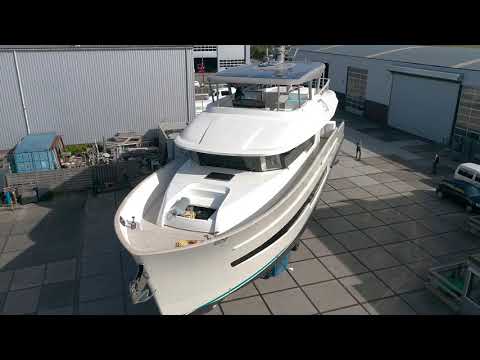 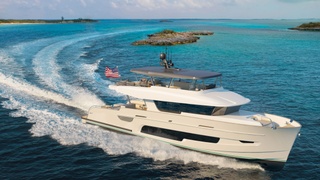 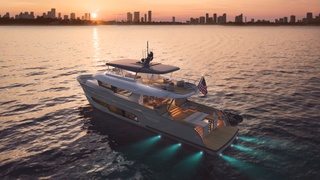 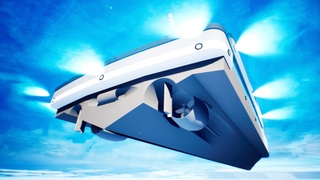 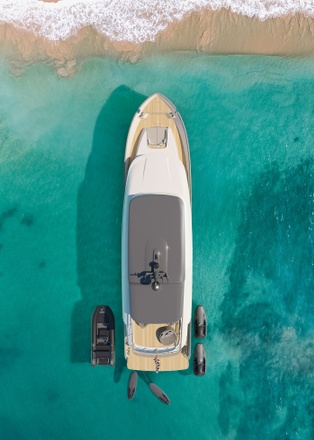 Superyacht design studio Vripack Naval Architects has opened up about the recently launched 28 metre LeVen 90 yacht as the superyacht makes its international debut at the Fort Lauderdale International Boat Show.

Built in the Netherlands, the LeVen 90 yacht is a collaboration between the Fort Lauderdale based YachtCreators and Van der Valk shipyard, which built the yacht.

Built to an aluminium design by Vripack, the yacht was built for an American serial entrepreneur and boater.

The yacht is the first project of the fledgling LeVen Yachts brand and is described as "a Bahamas-ready yacht", with a draft of 1.3 metres.

Key features include the yacht's "slide hull", which has been under development at Vripack for 13 years.

Speaking about the hull, Vripack's senior naval architect, Peter Bouma, said: "It delivers speed and comfort even in rough seas, and in fact becomes more comfortable the faster the boat travels. The owner specifically requested for the boat to be Exumas-ready, and the underwater body is what makes it to beneficial for this area."

Indeed, the yacht owner himself, Lucas Silva, worked closely with YachtCreators on developing the project that would fit his lifestyle.

“For families like mine, boating in the Exumas means navigating shallow waters accessible only with a smaller boat," says Silva. "When we arrive, we want the benefits of a superyacht, the comfort and the fun ... jet skiing, paddleboarding, spearfishing, scuba diving - that's real living.

The yacht boasts extensive outdoor spaces, both on the 60 square metre flybridge and main deck. Inside, an open layout and high ceilings allow views throughout with a central galley for casual family gatherings on main deck. The entire main deck is designated for family time and dubbed the "Great Room". The eat-in galley is open and spacious and surrounded by windows to light up the entire space.

Accommodation is for a total of eight guests in four guest cabins. There are also two cabins for crew.

Elsewhere, the yacht is equipped with "vast" interior spaces thanks to three metre high ceilings, a "dramatic use of glass" and an open-plan layout.

Vripack designer Joost Mertens said: "It's very roomy, and no matter where you are on board there is always a clear line of sight. When combined with the volume in the slide hull, it's a full-functional concept."

A sport deck is fitted with a Transformer platform for the easy launch of tender and toys. For quiet evenings and nights at anchor, the yacht relies on lithium batteries to power the air conditioning and the boat in night mode for up to 12 hours. Solar panels on top of the hardtop help replenish the batteries. The all aluminium yacht has a top speed of 26 knots and range of 400 nautical miles.