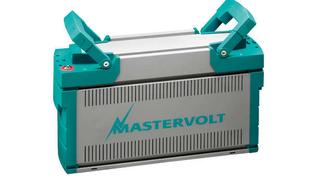 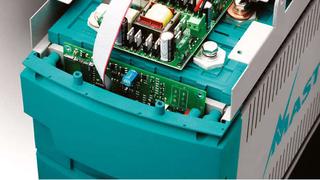 You may doubt that batteries will ever have enough power to run a superyachts systems, but submarines have been using batteries for power since before the World War I. So they can: but it depends on how fast you want to go and how much space is available for the battery banks.

Conventional submarines until the early 1970s had the entire bilge of the hull full of very large lead-acid batteries, some standing as high as six feet, to get the necessary power for submerged operations over a long enough period of time. Even then, the amount of time the vessel could run on battery power was limited to the amount of power remaining in the battery.

Many state-of-the-art batteries used on modern yachts for engine starting, or, in some cases, house power, are energy-dense lithium-ion (Li-ion) batteries, which have many advantages over lead-acid types. Li-ion batteries are three times more efficient and store three times more energy than a similar-size lead-acid battery. They are one-third of the weight and can also be recharged about three times as often as a lead-acid battery can during their life, before they are unable to retain power. In addition, a Li-ion battery can be charged within an hour if you use a high charging rate. If you use a low charging rate, it takes far longer and their life expectancy is over 2,000 cycles.

At Mastervolt, we use what we consider to be the safest one: lithium iron phosphate. It has a slightly lower average voltage, but it is highly unlikely to catch fire as some computer batteries have done.

Marine batteries pose unique problems, the largest of which is that they are often charged while under load.

Also, Ligterink says, unlike lead-acid batteries, Li-ion batteries can have different cells at different voltages. In other words, they are non-self-balancing, so you need a regulatory circuit to ensure the cells are balanced. This intelligent piece of electronics is called a battery management system or BMS. It took over two years for Mastervolt to develop and test this system.

Without a cell management system, or with a passive system, cells will get out of balance, which can cause some cells to overcharge and possibly overheat potentially causing a fire. In addition, without the cell management system, the engineer might have to recharge individual cells to get them back on line. Should a cell completely discharge, it may damage, short out or even reverse polarity.

The Mastervolt battery safety system cuts off the battery output at 80 per cent discharged before it can harm the battery. The end result is a far longer life for the battery.

Nanotechnology batteries are under development that are even denser than lithium-ion, but they may be five or eight years out

Even larger batteries are being developed that handle an even faster charge and discharge and we envision a time when even the largest yacht can be powered solely by its batteries for a moderately long cruise, Ligterink adds.

In addition, lightweight, low cost, thin-film, flexible new solar cells are in development for charging these new super batteries. Awlgrip, for example, will introduce a new paint film technology this year. If that film technology were to be flexible solar cells, there may be no need for huge electro-mechanical generators aboard a yacht in 25 years time.

However, there is still a lot of research to be done before these super batteries and thin-film solar cells appear on the scene.