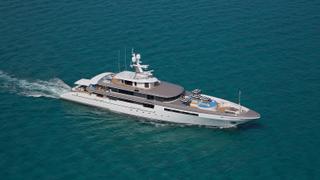 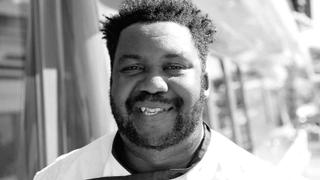 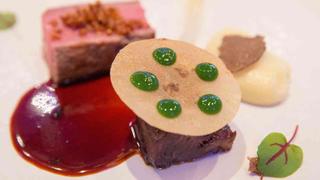 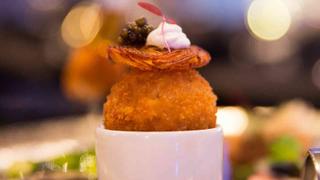 After earning his stripes at the three-Michelin-starred Waterside Inn in Berkshire, UK, Peter Frost’s culinary career has taken him around the world – from a members’ club in Bahrain to a private island in Panama. The London-raised chef, who has worked under the likes of Tom Aikens, Gordon Ramsay and Pierre Ko mann, drew from his experience to fulfil the requirements for a multigenerational charter that needed to balance a preference for healthy cuisine with canapés and a decadent chocolate pudding. His creations included an American Black Angus beef fillet main course served with beef cheek and paté, and a Ferrero Rocher dessert.

"The idea was to celebrate beef. Not just the expensive cuts but also elevate the humble parts as well. I like to be elegant but a bit playful with it.

I wanted to give a little bit of myself to the meal. Most UK homes have Ferrero Rocher over Christmas and New Year so I wanted to bring a tongue-in-cheek take on that to the table.

Artistry on the plate is important. You are trying to tell a story with your food. I like to create a journey so I look at what the animal eats and incorporate those ingredients into the dish as well.

I’m a little bit of a workaholic. I like to be super organised. I am up at four or five most days and finish at 10 or 11. But I really enjoy what I do, so I just carry on until the jobs are done.

I try to eat out locally wherever the boat is and at my favourite places. When I am on leave I do stages [unpaid internships] to keep up with modern trends, ideas and presentation."

Eternity is managed for charter by Burgess, her weekly charter rate it is POA.

9 bizarre requests given to superyacht chefs

Voyage edit: the best beach bars in the Caribbean

The Best Floating Restaurants to Visit in 2020