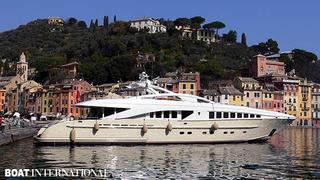 The Italian luxury tax that could have cost visiting superyachts €22,000 a month will now only apply to Italian-owned boats.

An amendment limiting the tax was passed by the Senate for Industry, Commerce and Tourism earlier this week, as the result of lobbying by maritime businesses and associations.

‘We were all very afraid,’ says Luigi Spiaggi, CEO of provisions at Mansueto Provision, part of the lobby which dissuaded the government from its course.

‘We commissioned a study and found we would have thousands fewer employees in the maritime industry because the boats wouldn’t come. But also the surrounding industries – the restaurant, the barber shop, the club, would be affected. For my company it would have been a complete disaster – we would have lost 20-25 per cent of our value.’

The original tax, that was due come into effect on 1 May, was signed into law by Italian Prime Minister Mario Monti as part of measures to prevent the county’s financial collapse.

‘They put tax on petrol, they put tax on insurance, tax everywhere,’ says Spiaggi. ‘These taxes affect poor people most, so they were talking about this luxury tax to say to poorer people, “we don’t target only you, we target the rich also”. But these people are not stupid, they knew what was going on.’

The tax as it stood levied a charge on luxury items such as private planes, helicopters and yachts in Italy or Italian waters. For yachts the tax would have been applied on a sliding scale, reaching around €22,000 a month for a superyacht over 70m. There were discounts of 50 per cent for sailing boats and 20 per cent for boats older than five years.

These charges will now apply exclusively to Italian owners of boats, although commercial vessels such as pleasure boats will be exempt.