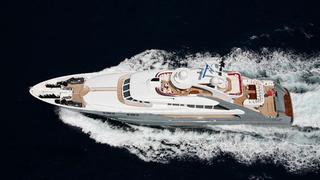 A call to Nicolas Valin at Neo Yachting brings news that he has ISA's 48m motor yacht 360° available for charter.

Built in 2003, she was totally refitted in 2010/2011 and now offers guests the very latest amenities including satellite television in every cabin. Accommodation is for 10 guests in three double and two twin staterooms cared for by a crew of nine headed by Captain Pierre Makdessi.

Based in Monaco and available in the Mediterranean this summer, 360° is ready to charter at weekly rates starting from €180,000 in July/August and from €150,000 in other months.