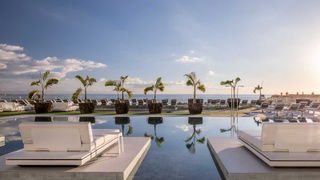 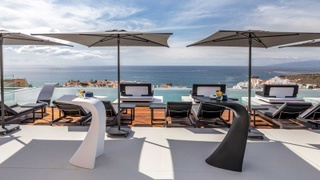 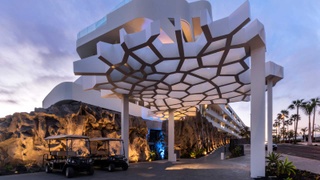 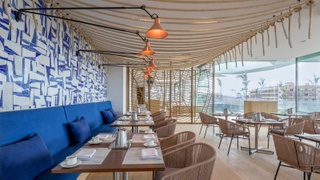 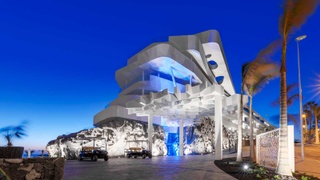 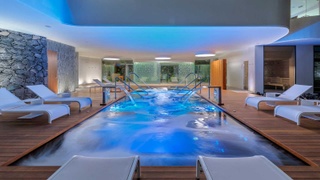 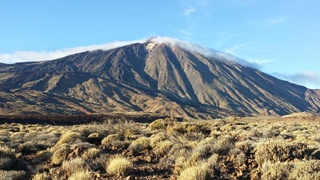 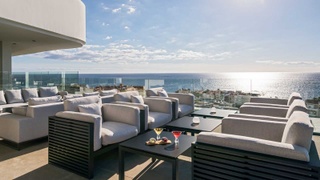 Back to The Future at Tenerife's Royal Hideaway Corales Resort

Not sure which of the Canary Islands to visit on your next superyacht holiday? Emma Bamford suggests dropping anchor by Tenerife and exploring the otherworldly scenery of this volcanic island.

“Wow it has changed a lot since then”, he remarks.

And so it seems. Back then, this section of Tenerife’s south-western coast was the summer destination for young people more interested in partying and sunbathing (using SPF 6 - remember that?!) on imported yellow sand than experiencing the peace and stark beauty of the real island. And yet, although my old party haunts of Playa de las Américas lie only 7km from La Caleta village, on this trip I might as well have been transported to the moon.

Actually, the moon is quite an apt comparison to draw. Twenty minutes after leaving Tenerife Sur Reina Sofia airport, which is a four-hour flight from London, our cab is pulling up outside the five-star Royal Hideaway Corales Resort in La Caleta, and it feels as though we have been both tugged back into the past and rocketed into the future as we are walk into the reception area. It might well have taken its design inspiration from the Space Race combined with the best of 1960s Pop Art; if Twiggy and Jean Shrimpton had strolled by, in knee-high white boots and sporting Mary Quant wedge haircuts, accompanied by a cava-quaffing Roger Moore as James Bond in Moonraker, I wouldn’t have been surprised. Everything was purest white, curvy and organic, futuristic and retro at the same time, and, to coin a phrase from that period, extremely groovy, baby.

The naturally sparse volcanic landscape of the island is reminiscent of a moonscape, and the designers have played to that to great advantage. Floating just above the traditional whitewashed walls and terracotta roofed houses of the tranquil fishing village of La Caleta, Royal Hideaway Corales is the recent offering by Barcelo Group. Built to resemble a cruise ship riding on waves of hewn rock, it is divided into two properties: the adults-only, 121-suite Corales Beach in the “stern” half, and the family-oriented Corales Suites in the “bow”, with 114 deluxe one- two- or three-bedroom suites, plus villas and penthouses. All suites have ocean views and extra-large terraces of at least 20 square metres, while some have panoramic Atlantic Ocean views and private outdoor spa or swimming pools. Opened in February 2018, the resort has three large swimming pools, including a rooftop infinity pool, a spa and wellness centre, six restaurants, a parade of boutiques and galleries, and 10,000 square metres of grounds.

“Have you been to Tenerife before?” asks Maria, one of the yoga teachers, as I walk with her through grounds sympathetically planted with indigenous cactus and agave for sunrise yoga on the nearby black-sand La Enramada beach. I tell her yes, but not for two decades. “Wow, it has changed so much since then,” she informs me. So I am realising.

At Royal Hideaway Corales, everything all around is luminous white, beautiful in the sharp contrast it provides to the blue of the ocean on one side and the glowering hulk of the volcanic mountain range on the other. For the perfect Instagram-worthy photo, eschew the lift and take the outdoor, metal spiral staircase, letting the sun cast dramatic grid-like shadows across you.

Of the six restaurants on site, two – Nao in Corales Beach and Olivia in Corales Suites – offer a buffet breakfast, with fresh smoothies, an impressive fruit platter and just-squeezed zumo de naranja, and dinner. Dinner menus here vary day by day, with chefs from all over being flown in to cook onsite (in August, chef, food and travel writer and TV presenter John Gregory-Smith presented his Middle Eastern and North African menu) and there is always a cook-to-order station for steaks, chicken and fresh fish, and vegan and vegetarian options. Make sure you don’t miss seafood night, when you can feast on lobster, razor clams, langostinos al ajillo, mussels and seabass. The four further restaurants are a la carte, including the nikkei offering at San Hô and Hermanos Padrón’s Maresía.

The 1,000 square metre wellness centre is the first Carita spa in Spain. A plethora of treatments are offered across seven treatment rooms plus a hammam with sensory showers. Book in for a hydrotherapy circuit, and while away an hour in the shaded outdoor pool under the hydromassage jets, swan-neck jets and waterfall, before heating things up in the sauna and then cooling off with an ice rub. For those staying in a suite or villa with its own pool, the private in-pool mindfulness massage is not to be missed.

There is an extensive range of activities on offer, ranging from spinning on bikes set up in the pool to paddle board yoga to family-friendly crafting. There is a strong emphasis on being eco-friendly; one activity, “plogging”, involves jogging and picking up litter from the beach. The timetable of activities changes often to keep things interesting.

Superyachts can moor 100km away at Marina Santa Cruz on the north-eastern coast, which can accommodate yachts up to 80 metres, and use Royal Hideaway Corales as a base for exploring the southern part of the island.

It is impossible to ignore the presence of the El Teide mountain range, a national park and UNESCO World Heritage Site, which glowers dramatically over the resort. At 3,718 metres, El Teide’s usually snow-capped peak is the highest point in Spain and the Canaries. It is possible to make excursions, either taking the cable car up to La Rambleta at 3,555 metres and stopping to admire the view, or pushing on along the hiking the trails, sleeping overnight in Altavista Refuge staging hut so that you are ready to tackle the summit in time for daybreak.

If you’d rather stay closer to ground level, but still fly high, you can parascend from the beach and arc your way gracefully across the clear blue skies – the climate in Tenerife is dry and sunny (“It’s summer all year,” Maria tells me) – or there are five golf courses within 20km, including 18 or nine holes as Costa Adeje. The resort can also arrange whale-watching and star-gazing trips out at sea – the latter with an astronomer guide on board.

“Have you been to Tenerife before?” asks our host Mara, as we prepare to head home after four extremely restful days. I give my by-now standard reply. “Wow! It has changed a lot since then,” she says.

It definitely has. Tenerife has grown up (as have I). It will be interesting to see how it continues to evolve – but I won’t leave it so long between visits next time.

The Cape Escape: Discovering the volcanic islands of Cabo Verde

19 of the best luxury spas in the Mediterranean