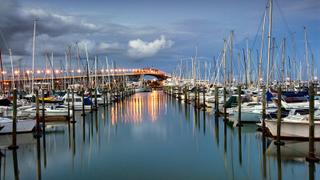 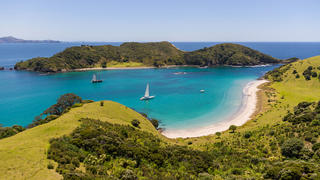 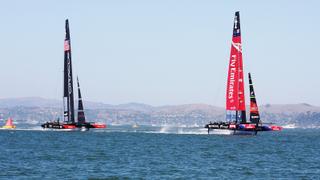 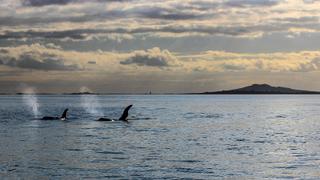 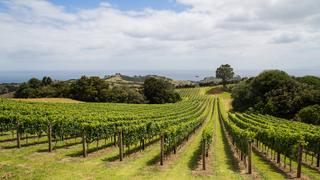 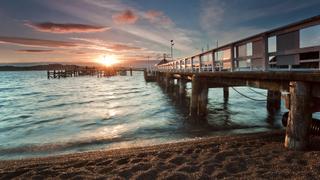 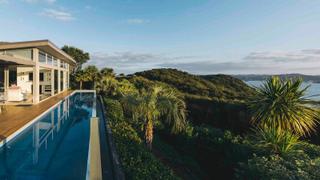 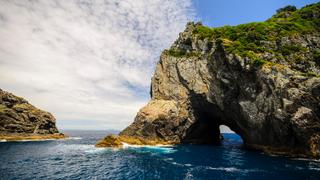 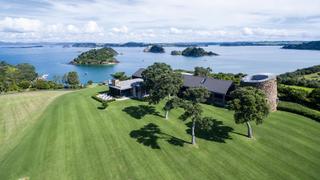 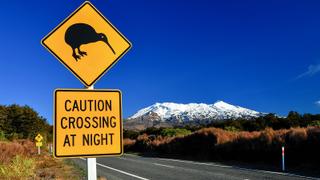 The 2021 America’s Cup in Auckland is a big draw for superyachts, but New Zealand is a nautical magnet in its own right. Sophia Wilson begins her two-part tour of the country in the beautiful bays of North Island.

I’m standing at the top of a verdant slope on Urupukapuka Island, which is dotted with shrubbery and sheep, a perfect half-moon of cream sand curves beneath me and azure waters lap at the shore. Behind me, the wild waters of the Pacific swirl and froth against a cliff edge, in complete contrast to the protected Otehei Bay before me.

The beauty of this spot in the Bay of Islands is undeniable but so is the humbling thought that, to the east, thousands of kilometres of ocean separate this point from the next nearest land mass. Its geographical isolation has made New Zealand naturally unique, as well as intertwining its culture with the ocean and the histories of those bold enough to explore it.

New Zealand’s 15,000 kilometres of coastline was discovered by the Māori nearly 1,000 years ago when the explorer Kupe ventured across the Pacific on his waka hourua (voyaging canoe) from Polynesia, using just the stars and current for navigation. Nearly 750 years later, Captain Cook and his Endeavour crew spent more than a year at sea before spotting New Zealand’s shores.

This connection to the ocean has filtered down into sport. The first regatta was held in Auckland in 1840 – 11 years before the first America’s Cup contest – and sailing is the country’s most successful Olympic discipline. “The America’s Cup is like a religion in New Zealand,” says veteran sailing broadcaster Martin Tasker. This was demonstrated in 2017 when swathes of the population (including the then prime minister, Bill English) woke well before dawn to watch as helmsman Peter Burling secured the Auld Mug. Burling not only won the oldest trophy in sport, but also brought the America’s Cup event back to the City of Sails – where the finals of the next competition will be fought in 2021. “There is a huge amount of history here with the Cup; everyone, not just in Auckland but in the whole country, understands it,” Kevin Shoebridge, chief operating officer of Emirates Team New Zealand, says. “It’s just going to be huge.” Speaking to Shoebridge at Team New Zealand’s new base, it’s clear that, even two years off, excitement is building. The race area has already been announced and, spread across the Waitematā Harbour and Hauraki Gulf, it promises unprecedented proximity for fans. “The racing is going to be in close; we really want to bring it more to the public,” Shoebridge adds.

And it’s not just New Zealanders who will flock to the event. “We’re expecting big things in 2021,” says Peter Busfield, executive director of NZ Marine Industry Association. These big things include the arrival of an estimated 150 superyachts.

To be at the heart of the action, yachts need to bag one of 80 berths next to New Zealand’s new headquarters in the trendy Viaduct Harbour. The former commercial wasteland, transformed for the 2000 America’s Cup, will become the beating heart of the title defence - with a race village and a party atmosphere.

A number of superyachts visiting for the America’s Cup are also expected to seek refuge on Waiheke Island: the proposed courses will pass within viewing distance. The second-largest island in the Hauraki Gulf, it is less than 15 nautical miles from downtown Auckland but in many ways it is a microcosm of rural New Zealand, with rolling green hills, cliff-lined coves and 30 boutique vineyards. Nicknamed the “island of wine”, it’s not surprising that some superyachts, including Motor Yacht A, have spent weeks rather than days anchored off its emerald shores.

Its rustic beauty set against the backdrop of Auckland’s city lights is a heady combination that persuaded former superyacht captain Peter Davey and his wife Caroline to drop anchor here permanently and build Marino Ridge – a luxurious modern guesthouse with just three rooms overlooking the cyan waters of Owhanake Bay (the wine might also have been a factor). “There aren’t really any bad wines on the island,” Peter tells me over a kitchen supper, with the couple’s two resident poodles curled under the table and a delicious bottle of Man O’ War Bellerophon Syrah Viognier on the table. “The holdings are quite small so it’s always about quality rather than mass production.” The vineyards on the island mean there is no shortage of lunch venues in which to settle for a long afternoon. Peter recommends romantic lunches with sweeping views at Mudbrick Vineyard, New Zealand produce-driven cuisine at the Tantalus Estate or fine Italian dining at the family-owned Poderi Crisci vineyard, for visiting superyacht owners.

But the island offers more than just wine. Most of its 9,000-strong population lives close to the western end of the island and the beachside village of Oneroa has a Nantucket vibe, packed with boutique shops, art galleries and a wonderful gelato stall. In contrast, the eastern side of the island boasts wild expanses and rolling hills, with bountiful hiking options and horse riding tours.

Visiting yachts will naturally be drawn to Auckland and Hauraki Gulf, but less than 120 nautical miles north lie the otherworldly cruising grounds of the Bay of Islands. The little town of Russell, the first capital of New Zealand, is home to the Millennium Cup and is a great starting point for a cruise. The picturesque harbour town is a long way from the “hellhole of the Pacific”, as it was described 200 years ago when transient whaling crews provided ample custom for its grogshops and brothels. The historic township has maintained its original layout and road names from 1843 but its wooden buildings are now home to cafés, seafood restaurants and pretty gift shops. The Duke of Marlborough pub, which has been “refreshing rascals and reprobates since 1827”, remains. It now serves fine wines and fresh local dishes such as seafood chowder and oven-roasted hapuka, and its clientele comprises wealthy Aucklanders and tourists.

Despite its old-school appeal, Russell now also has a touch of glamour, especially at the five exquisite lodges that make up Eagles Nest. Sitting on a private ridge above the town, its secluded setting and superyacht-style service – personal trainers, private chefs and spa therapists are all available – mean it is a favourite hideaway for A-listers visiting the region: Harrison Ford, Demi Moore and Ashton Kutcher are all rumoured to have stayed. None of the villas would look out of place in a swanky interior design magazine, but its grey-hued presidential villa – Rahimoana (“sun god over the ocean”) – is the jewel in its crown. The four-bedroom residence has 300-degree ocean views, a helipad, a kilometre of beach and possibly the most scenic infinity pool in the world (you can see dolphins frolicking in the bay below while you swim).

Land-based luxuries in the Bay of Islands are enthralling but it’s the cruising options around these waters, which are home to 140 undeveloped islands, that make the area exceptional. Setting sail on board local catamaran Cool Change, with owner/operators Don and Marilyn Logan, the green rolling hills emerge almost directly from the water – it is breathtaking, even in changeable weather. Popular stop-offs include Roberton Island, which has two tidal lagoons, and the famous Hole in the Rock at Cape Brett, where brave warriors used to prove their manhood by climbing its sheer face. These subtropical waters also attract a vibrant array of wildlife including bottlenose dolphins, marlin and orcas. “In the summer months, sometimes you lose steering on the boat and you realise that it’s dolphins getting frisky with the rudders,” jokes Marilyn. “We also see plenty of orcas. They come in to feed on the stingrays and teach their calves how to hunt.”

It is after lunch on board in the deserted Otehei Bay on Urupukapuka Island that I find myself at the top of the hill that divides the wilds of the Pacific and these serene waters. The views also show why the area makes for great regatta racing at the Millennium Cup, where yachts sail around the islands rather than race markers.

The Bay of Islands also has enormous historical significance. The first Europeans settled here in 1840 and the Treaty of Waitangi, modern New Zealand’s founding document, was signed at the nearby Treaty House. Sitting less than seven nautical miles across the bay from Russell, 400-hectare property The Landing takes its name from its history as the place where the first European settlers arrived. Today it is littered with heritage landmarks including an 1830 mission house, excavated in 2002; an old Māori village, an ancient commemorative Norfolk pine and the graves of early settlers. A passion project of New Zealander Peter Cooper, it has been sympathetically developed with just four distinctive properties dotted among its manicured lawns. “If you are visiting on a yacht it’s an awesome, authentic Kiwi experience,” says hospitality assistant, and ex-superyacht crew member Brett Michalick.

The authenticity continues with its culinary delights, as chef Jacqueline Smith focuses on using locally sourced produce. The on-site vineyard’s award-winning wines are also on the menu and expert Keith Barker talks guests through the qualities of each vintage. “What’s in each glass is a reflection on who we are,” he says. Barker and Smith were on hand when former US president Barack Obama visited last spring.

As darkness falls, the estate has one more authentic experience up its sleeve – the chance to spot the elusive kiwi in the wild. So, after a Chardonnay-fuelled dinner, I tear myself away from the roaring log fire in my Boathouse residence and head out with a torch to hunt for the flightless oddity. After several failed attempts, when we could hear rustling in the bush but could not see the nocturnal bird, we strike lucky. For about a minute, I am standing within a metre of a male foraging in the undergrowth. I was lucky – seeing a kiwi in the wild is more than most New Zealanders have managed.

You no longer need to have quite such an adventurous spirit to sample the charms of North Island, as Singapore Airlines provides a transit from Europe via Singapore’s Changi Airport, so you can meet your yacht there. The America’s Cup presents the ultimate incentive for superyachts to follow in Captain Cook’s wake – and a nautical adventure awaits all those prepared to explore that bit further.

Guests flying with Singapore Airlines can experience the latest business class and suites on board the A380 from London to Singapore, with double beds in both cabins. Passengers travelling in business class, first class or suites can pre-book their meal with Singapore Airlines’ Book the Cook menu up to 24 hours before departure. The wine list is created by a team of wine experts, and onboard sommeliers are available to help you choose the best pairing for your meal.

Bermuda Bound: A superyacht owner's guide to the America's Cup