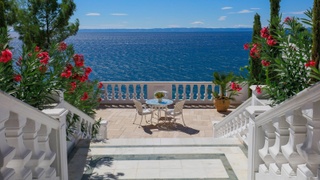 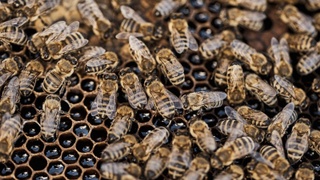 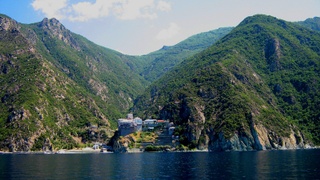 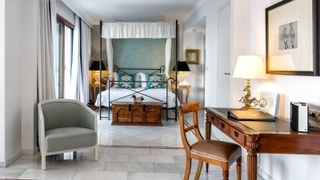 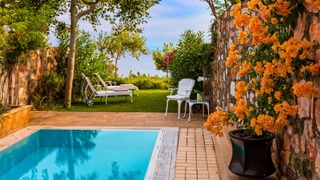 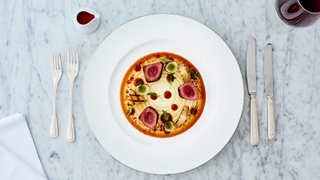 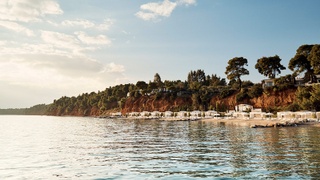 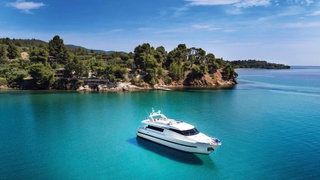 The sweet life: Discovering the honey-drenched haven of Halkidiki

Mediterranean forests, crystal-clear waters and an endless supply of liquid gold greet those who have wandered into Halkidiki. Olivia Michel thinks this untapped region deserves a little more love from the superyacht crowd.

The ancient Greek philosopher, Aristotle, declared that eating honey could lengthen your lifespan. His enthusiasm for the natural nectar is perhaps less surprising when we consider that his birthplace was in the heart of Greek honey production: Halkidiki. Boasting over 500 years of beekeeping tradition, honey is a staple in every Halkidiki home and just one of the ingredients that makes this delectable region a sweet spot in the Med.

Lying to the northeast of mainland Greece, the mountainous province offers a serene alternative to travellers wishing to eschew the hectic party islands of Mykonos or Rhodes. Bursting with lush foliage, Halkidiki adds a pop of emerald to the usual blue and white colouring of Grecian territories and a heady smell of flowers and herbs hangs heavy in the air. For those arriving by sea, it’s hard not to be mesmerised by the extreme clarity of Halkidiki’s waters, which I’m told are ideal for squid fishing.

Despite the lack of traffic, the peninsula is also well-prepared for superyacht visitors. Fully-serviced marinas include Sani Marina, and Marina Miraggio, which can host yachts up to 33 and 40 metres respectively. The area’s cruising highlights include the island of Montados, a meeting point for dolphins, and the scared site of Mount Athos, which hosts 20 monasteries and a UNESCO label (but women are still forbidden from setting foot on the territory).

Adding to Halkidiki’s wild allure is the high-end lodging offered at the Danai Beach Resort & Villas. Overlooking the Aegean and nestled between the olive groves and cypress trees of Nikiti village, the luxury institution has been family-run for over 40 years and embodies Greek hospitality at its finest. The palatial, marble-finished villas and aromatic gardens are certainly attractive, but the true asset of this resort are the people at its helm. Dressed in top-to-toe white and always on high alert, there is nothing that the Danai staff cannot accommodate. From crafting speciality menus to aiding elaborate proposals on their private beach, it’s abundantly clear that the Danai is all about flawless service and complete attentiveness.

The omniscient presence of Danai’s owner, Kimon Riefenstahl, and the enthusiasm of his team, are crucial to the welcoming atmosphere of the resort. Limiting the number of guests in order to give them they attention they need was crucial; Kimon explains that they’ve downsized from 120 rooms to just 64. He states nonchalantly that, because each room is uniquely designed, “we don’t really have what you call the best room”. My accommodation features a private pool, luscious garden and a seriously spacious boudoir, but peeping in at some of the others I see that no two suites share the same furniture or features – it’s surprisingly refreshing.

If it’s not already apparent from the honey craze, Halkidiki is a gastronomic hotspot. Kimon’s claim that “love comes through the stomach” has influenced the passion with which the Danai regards its fare. From the four varieties of botanical honey offered to top the velvety Greek yoghurt at breakfast, to the artfully served shrimp and tomato linguine tasters, every meal prepared here features the freshest local ingredients.

The culinary highlight of my stay is a tasting menu at the resort’s Squirrel restaurant. It may have only five tables, but it’s already been pronounced one of the top restaurants in Greece. Every bite that I’m served is filled with a flavoursome punch – particularly memorable are the mulligatawny spices in a zingy yellow beetroot amuse bouche, and the decadent dark chocolate sorbet to finish the night. The meal is paired perfectly with local wines, chosen from the 1,700 bottles stored in the hotel’s wine cellar. After this meal I’m left with an even greater understanding of why so many travellers revere Greek cuisine.

For sailors interested in stepping ashore to sample some of the Danai’s delicacies, yachts up to 55 metres can stop at Porto Carras marina, which is a 30-minute drive from the resort. However, if you want to get a little closer you can drop anchor opposite the golden sands of the hotel’s cabana-lined beach. Alternatively, guests who haven’t arrived with their own boat can take out the Danai’s latest acquisition to explore Halkidiki’s coasts; a 25-metre, Sanlorenzo motor yacht. Refitted in 2018, the lacquered oak cabins on board The Bird can sleep eight guests, and she can be chartered for up to three days.

Welcomed on board with an Aperol Spritz, I enjoy the view from the top deck’s al fresco lounge while we leave Porto Carras behind for a remote bay. Dropping anchor in mirror-flat waters opposite an isolated beach, our tranquil spot is sheltered by verdant and craggy outcrops populated only by the occasional cliff-climbing goat. It’s the perfect opportunity to delve into the sea and The Bird’s toybox and I spend the afternoon whizzing around on a Seabob and coasting along on a paddle-board. Having worked up an appetite in the cool waters, I dry off on The Bird’s sunbeds as we cruise towards the shores of Neo Marmaras for a late lunch. At the Panos Taverna, I’m treated to a rustic mezze meal, which features fresh mackerel and calamari, roasted aubergines, and plenty of Greek cheese and tomatoes before returning to the Danai under the slowly setting sun.

A day on The Bird has given me a glimpse into the bountiful cruising grounds that this ideally-located region has to offer visiting yachts. Those looking to explore further afield can take a short sail to the lively town of Kassandra, located on the first prong of the Halkidiki trident. Within reachable distance are also the quaint islands of Skiathos or Skopelos – the latter famed as the filming location of the 2008 film Mamma Mia!

Halkidiki may receive fewer superyachts than other Greek destinations, but those who have been spotted nearby, such as 30.7 metre Mia Zoi and 68 metre Alwaeli, have got the right idea. The sedate serenity of the region is certainly one of its selling points, but I imagine that this unassuming Greek getaway won’t stay a secret for much longer.

Danai Beach Resort & Villas offers junior suites from £375 on a B&B basis, based on two people sharing. The Bird can be chartered from €3,250 for four hours and €4,450 for 8 hours. danairesort.com

6 days in Northern Greece discovering Halkidiki on a superyacht

14 of the best hotels with luxury yachts