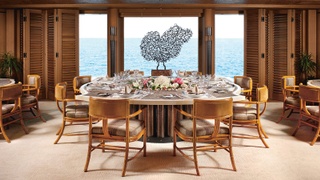 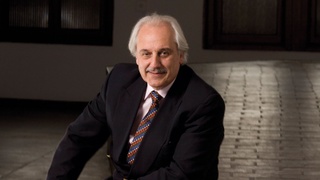 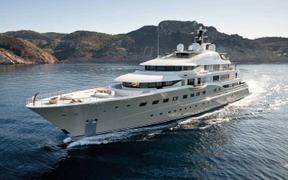 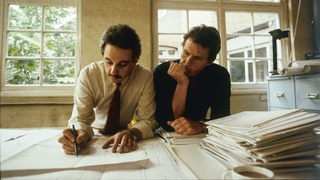 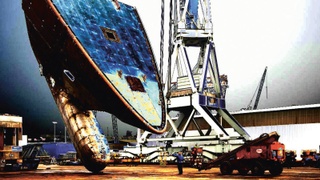 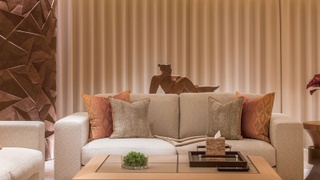 Installing artworks on your yacht can be a logistical challenge, but the results can light up any interior and add immeasurable character, says the leading British designer

Award-winning superyacht designer Tim Heywood’s reputation precedes him. One third of the triumvirate of leading British designers who learnt their trade under Jon Bannenburg (see also Andrew Winch and Terence Disdale), Heywood worked with the celebrated designer for more than 20 years before setting up his own studio in 1996 with support from his wife Vanessa.

The designer is known for his graceful exterior lines, which he describes as “athletically feminine”, and his attention to even the smallest elements of design (bollards often double as stylish teak-topped seating).

Past projects include the 115-metre Lürssen Pelorus, the 92-metre Mayan Queen IV, built by Blohm and Voss, and the 83-metre Amels Here Comes the Sun. Heywood enjoys a close relationship with Amels; there are currently six Heywood-designed yachts under construction at the Dutch shipyard.

In recent years, given high demand and a decision not to expand the company, Tim and Vanessa have begun collaborating with a number of interior designers, themselves specialising in the design detail of superyacht exteriors. Presently they are working with Terence Disdale, Andrew Winch, Laura Sessa, Laura Pomponi, Redman Whiteley Dickson and Nauvari Leonard.

“Artworks represent a vast investment so it’s an area clients are understandably very involved in. The number of pieces will differ from one boat to another, depending on preference of course, and there are a number of galleries we go back to once we’ve gauged the tastes of the client. We have particular favourites depending on whether we’re sourcing classical pieces or more modern or avant garde works. Sometimes there will be specific requests. For instance, on Perfect Prescription the client requested that all of the artwork be sourced in Australia, where the boat was built. There must have been about 50 pieces in total, including glassworks.

Often we have to think outside the box. We’ve had clients who don’t want figurative artworks due to religious reasons, and for one such client we created a decorative panel that featured pages from the Koran. The script was printed on to an aged-looking papyrus and installed in a beautiful frame, and suddenly it looked like a million-dollar piece. We’ve also created bespoke artworks when we simply can’t find the right thing for a particular space. When we worked on Mayan Queen IV with Terry Disdale, we had a photographer in Hamburg who took photographs of the boat under construction. We later took the prints and polarised them (an effect that layers colour on top of the image) to create a series of artworks for the crew accommodation. The client liked them so much he also took a couple for his dressing room.

These days Vanessa and I work a lot on the design of exterior spaces, and in this instance we have to be very aware of the corrosive atmosphere. All the artworks have to withstand salt water, humidity, perhaps aircraft exhaust when in certain areas. Decks are washed down by crew every day and so any works of art have to be 100 per cent waterproof and corrosion-resistant. Previously we’ve used decorative enamel panels, natural materials such as woven coconut and pieces of tribal art that are already resistant to that kind of environment – Pelorus has a lot of the latter.

Of course, as with everything on a yacht, artworks have to be fixed in place. Some sculptures can weigh a considerable amount, so they have to be secured not just to the panelling that you may see on both the interior and exterior, but to the structure of the boat. This can present its challenges. We worked on a very nice boat in Germany – previously known as Air, now called Ice – that had an enormous amount of artwork inside, some of which included large blocks of marble, often a metre cubed in size. One such sculpture was installed in the middle of the owner’s cabin, so the flooring had to be modified, which meant that the normal floating floor, which kills vibration and sound transmission, had to be cleared from under the sculpture and the sculpture then fitted to the structure itself. It was a big job but we were really pleased with the results.

I would say that nothing is off limits when it comes to selecting artworks for a superyacht. I often recommend against anything too fragile because, as well as the possibility of damage, it can highlight the movement of the boat – not that our boats move too much! It’s important to choose pieces you love, which you think enhance the areas they’re chosen for. It’s our job as designers to overcome any challenges in installing these pieces.

Sitting pretty: Simon Rowell on the best indoor furniture for your superyacht