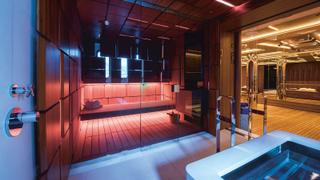 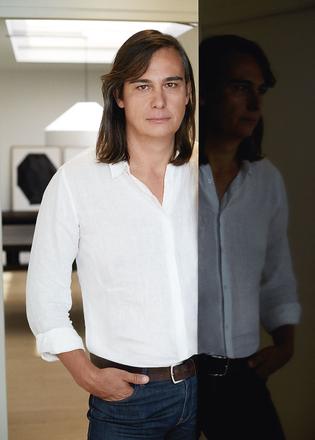 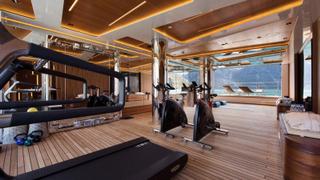 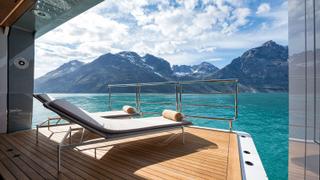 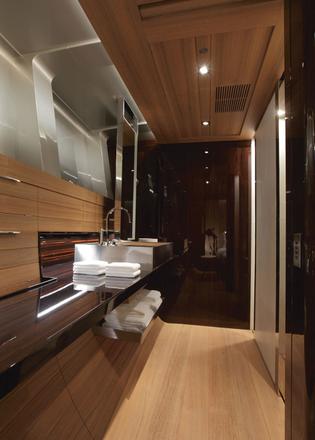 When creating spaces intended for regular use and relaxation, Liaigre designer Guillaume Rolland believes function should always be the first consideration...

Rolland has been the creative force behind the yachting division of the 25-year-old Christian Liaigre design studio since 2002. The Paris-based studio is known for its contemporary interiors that place emphasis on artisanal details and draw inspiration from local cultures. Liaigre also works on aviation projects, residential and commercial interior architecture and design, and produces furniture, lighting and interior accessories.

Prior to Studio Liaigre, Rolland studied architecture and fine arts at the Paris Beaux Arts School and trained under the iconic Philippe Starck for three years, where he notably worked on the superyacht Wedge Too.

Rolland is a resolute opponent of “concepts” and design for design’s sake, favouring soft exterior lines that echo the fluidity of a boat through water and simple efficiency of interior design over bold decorative statements.

Past projects include the interior design of the 72.2 metre explorer yacht Cloudbreak, for which Rolland won the award for Best Interior Layout and Design at the ShowBoats Design Awards 2017; the Rosehearty 56 metre sailing yacht built by Perini Navi, for which Rolland created an interior inspired by the novels of Herman Melville and Joseph Conrad; and the 67.2 metre sailing yacht Vertigo, which, when it was launched in 2012, won Sailing Yacht of the Year at the World Superyacht Awards and was named Best in Show at the Monaco Yacht Show. An active sailor since childhood, Rolland races an Olympic keelboat throughout the year and frequently participates in regattas on maxi-yachts.

Bathrooms, spas and gyms, particularly bathrooms, are some of the hardest cabins to design because there are so many components that need to be exactly right. Like in a surgery room in a hospital, everything needs to be in just the right place for it to function efficiently. You spend a lot of time in a bathroom, you start your day and end it there; spas and gyms are also places to relax or let off steam, so you need all these rooms to work well.

The process should always begin with the boat’s general arrangement. It’s important to think about the layout. If there are nice portholes in a bathroom or spa, then the sink table should face the portholes so you have a nice view when you start your day. If it’s impossible to fit the room this way then try another way. It seems logical but you see a lot of layouts that are not logical.

I like to link the bathroom with the bedroom so there’s a visual continuity. It also tends to improve the volume of the cabin. Usually the cabin is quite small but if you have this connection it makes the cabin feel bigger: it’s not bathroom and bedroom, it links the scenario and you have fluidity. I then tend to split the bathroom in two, so you start with the dry space, which is a continuity of the cabin and then you have to go through another door to get to the wet space. When it comes to materials, the ones I select are always a reflection of the personality of the owner, but I prefer natural materials. If I’m advising a client, I try to use marble and stone on the wet space and then recommend using warmer materials, like wood, on the dry bathroom space.

Our clients don’t tend to be showy – opulent maybe, but never showy; they want things that work properly. For instance, we always use a very classic range of German taps. They’re a common design, made by a number of different suppliers, but they are good quality taps. We actually think it’s quite vulgar to make a tap a feature, because it’s just a tap, it simply needs to function.

I always say that the bathroom or a spa is a place where you cannot lie, it tests your skills as a designer. You can lie in the living room, because you can adorn it with cushions, furniture, wallpaper: it’s an empty space, just a square box. I would say it’s a non-architectural space but it can be done in a nice way or in a bad way also. Everyone is wowed by the living room; it’s a place to show off, it’s where you receive your guests, it’s a demonstration of your money, power and taste, so people tend to over-express these areas because they’re the ones that are visible. In the bathroom, function is best. If every morning you have to open your shower and get wet with cold water before it gets hot, this is ridiculous. And sometimes you’ll see bathrooms that have gold taps and expensive marble but this annoyance with the shower. You put the attention on the tap but the layout is banal or impractical.

This is not to say you can’t do something beautiful that is also practical. On Vertigo, we combined a black veneer with a walnut sink cabinet, a chrome tap and mirror. It is a wonderful space to spend time in, and I can assure you it also functions very well.”