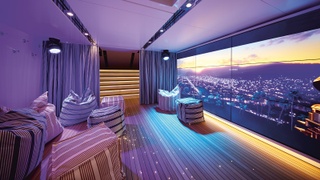 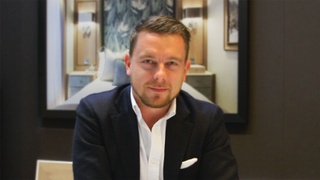 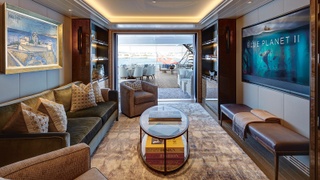 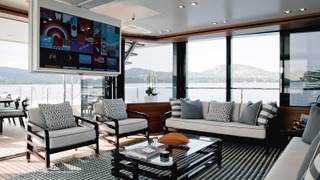 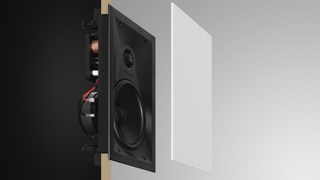 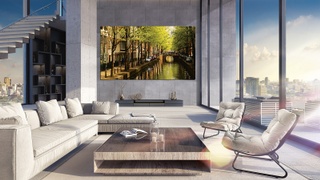 Advances in technology have made it easier than ever to create adaptable, multifunctional leisure spaces on board a superyacht, says the Studio Indigo designer

James Kandutsch joined Studio Indigo in 2008 and is now joint managing director. Over the past decade he has led a number of the studio’s most prestigious projects across the residential and superyacht sectors.

Kandutsch’s interest in engineering was nurtured by his father, who operated machinery in the open-pit mines of Australia. After studying architecture, Kandutsch began working on building projects in his native New Zealand, then moved to London and built up his experience before joining Studio Indigo. Since then, he has helped the studio to lead projects from concept to completion. A great believer in the value of teamwork to realise complex residential and yacht projects, he enjoys a collaborative approach with shipyards, contractors and craftspeople.

Studio Indigo now boasts a prestigious portfolio with international reach. From its 50-person headquarters in Chelsea, London, it has worked on all kinds of high-specification projects in the luxury residential and aviation sectors as well as on superyachts. On-water projects to date include the 32-metre Lexington Blue and 36-metre Brigadoon. In 2017, its collaboration with Feadship and Bannenberg & Rowell resulted in the 70-metre motoryacht Joy winning a World Superyacht award and Best in Show at the MYBA Charter Show in Barcelona.

James Kandutsch on AV and tech

“The principal feedback we get from clients is to keep it simple. We’ve all been in hotels where we can’t figure out how to switch o the lights or turn on the television. So in my view, tech design should always consider those guests who are unfamiliar with the yacht, and ensure simplicity through design.

Onboard systems are now commonly being operated from single devices – maybe an Apple Watch or iPhone – and clients want to take everything from that one device: from the automation, lighting and climate control through to music and communication. They may also have an apartment or country house as well as a yacht and want the same interface across their portfolio. We work with them, helped by a market that is responding to this demand – Fusion Entertainment, for example, has its own Fusion app.

A yacht is expensive real estate and clients want to maximise the asset by creating adaptable, multi-use spaces. So when we design yachts we build flexibility into the plan. Nowadays, owners have fewer dedicated cinema rooms, so we’ll design a space that acts as wellness studio as well as a cinema, possibly a bar or family room too. Technology helps, and the atmospherics offered by LEDs can turn a reception room into an al fresco cinema; a connection with the water is very important to today’s yacht owner.

We’re currently working on a 135-metre yacht with an open deck that acts as a bar, games room, cinema, beach club and nightclub. On Joy we created a winter garden-style indoor-outdoor space with banquette seating and a beach club on the lower deck. It has a large drop-down television and fibre-optic lighting integrated in the teak floor to show the star sign of the owner. On Brigadoon we worked with an amazing open lounge space with folding glass doors – again with a drop-down television – that acts equally as a reading room, bar or a family entertainment room.

Nothing dates quicker than technology and it can clutter a boat and make it feel smaller. You can still find those circular bulkhead speakers with grilles. True, there are amazing feature speakers like the Phantom and Bowers & Wilkins’ Zeppelin, but many want fabulous sound systems that are invisible and flexible, perform well and are easy to maintain. As designers, we now want to hide tech or integrate it seamlessly, as many clients demand wireless systems from brands like Sonos, with speakers embedded in the ceiling. Indeed, wireless technology is a key direction and we’re working on one project where the client doesn’t want to see any cables on board. Plus streaming means you don’t need huge libraries of DVDs and can save space.

Obviously boats aren’t stationary and on-demand connectivity isn’t always possible or reliable. But owners have stayed in Four Seasons or Mandarin Oriental hotels and now expect that efficiency – we call it the ‘Amazon culture’. Fortunately it’s constantly getting better. Creston offers a stable backbone of a system, and we also work with AV experts such as Fusion Marine Systems or Sensory International who can deal with most issues remotely. We recommend that crews be trained in the yacht’s system, too.

Just five years ago televisions were tiny compared to now. Clients want immersive experiences – the bigger the television the better, such as Samsung’s amazing The Wall product. But there’s a constant issue of how to integrate a big television into a space. A ‘dead’ black screen destroys atmosphere and is to be avoided, so we conceal it using rails, drop-down ceilings, pop-up chests and trunks. On Joy, which has a 55-inch screen, we designed a straw marquetry trunk at the end of the bed from which the television slides out and up. Others like to turn the television into an artwork when not watching it, and that layering of technology is becoming part of how we design spaces. Surfaces will become screens, part of the fabric of a space.

Anticipating where technology will be in three years’ time is always tough. Every owner wants the most advanced television, so it’s one of the last things to go on board. You have to design in robustness and anticipate trends. To that end, I think that transparent touchscreens will be big. The immersive Dolby Atmos is taking off. Short-throw projectors – which can fill a wall from just 30 centimetres away – are popular, as are virtual reality , augmented reality and voice activation such as Alexa or Siri. That said, maybe the next thing will be ‘digital detox’ spaces on board, where you can’t access any technology at all.”

Exclusive: pushing the boundaries of technology, Sailing Yacht A