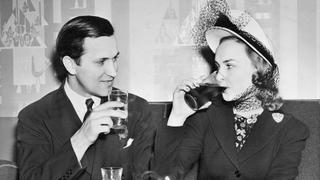 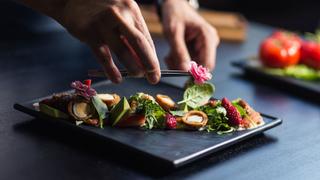 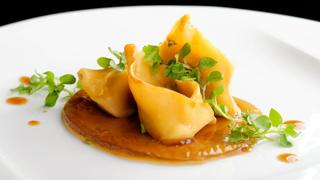 All in good taste: On the sophisticated pleasures of fine dining

From birthday cakes to wedding breakfasts, life's most important moments are marked out with fine food and drink. Henry Jeffreys dives into the history and social significance of epicurean pleasures...

At my local Chinese restaurant there are asterisks by certain dishes with an explanation underneath that reads: “not recommended”. The asterisks appear next to delicacies such as chicken feet or cold jellyfish salad and what they really mean is “not recommended for non-Chinese people”. Much of what we think of as good taste is cultural. The Chinese appreciate the chewy and the gelatinous, while we in the West consider essentially rotten milk in the form of blue cheese as a delicacy.

Wine can be equally counter-intuitive. I remember my first glass of claret drunk at Christmas. I expected it to taste sweet and fruity but it was earthy, bitter and full of mouth-drying tannins. Why would anyone drink this? As a student I would grimace my way through French reds rather than the jammy and, let’s face it, much more appealing Hardy’s shiraz that everyone else was drinking. Later I drank bone-dry fino sherry while thinking, “Is it really meant to taste like yeasty water?” I taught myself to enjoy vermouth and Campari, olives and anchovies. But why?

As humans we naturally crave sugar and salt; bitterness warns us about poison, while high acidity means something isn’t ripe. Our tastes, however, can be perverse, perhaps because as omnivorous hunter gatherers we had to be adventurous in what we ate. We like spicy food because our bodies produce opiates to counteract the pain in chillies and some have suggested that eating bitter food gives us a frisson of danger.

Many people, however, don’t push their tastes. They don’t want bitterness or astringency and they couldn’t care less about a long finish. You could put this down to different palates. But if I’m being honest, there was more than a little snobbery in my acquired enjoyment of difficult flavours. French sociologist Pierre Bourdieu in his Social Critique of the Judgement of Taste wrote that good taste is about getting acceptance from our peers. I worked in the wine trade after university and based my tastes on people I admired, and, importantly, defined those tastes in opposition to people I didn’t.

We think our tastes are timeless but look at pictures of food from the 1970s – especially anything by celebrity television chef Fanny Cradock – and tell me they don’t look revolting. And today’s Jackson Pollock-esque splatters from MasterChef will look similarly inedible in ten years’ time. In the Middle Ages, luxury food would have been cooked with lots of sugar and expensive spices as a way of showing wealth. Bottles of champagne opened recently from a ship that went down in the early 19th century contained a dentist-worrying 150 grams of sugar per litre. Modern-day champagne contains around eight grams. Sweet wines went out of fashion as sugar became the fuel of the masses. Food that we dismiss as “a bit mundane”, like a plain white bread roll, would have been miraculous luxuries to our ancestors.

Food that we dismiss as 'a bit mundane', like a plain white bread roll, would have been luxuries to our ancestors

Luxury today is about being close to nature. The latest thing in wine is “natural” wine, made without the use of additives but, more importantly, difficult for the uninitiated to understand as much of it smells like cider. Chefs, too, extol the virtues of sustainability and seasonality, some even forage for food, but in the past, haute cuisine was about breaking free of nature. Only the poor would have eaten seasonally. In an essay on taste in The New Yorker, Adam Gopnik cites the example of the poet Lucien in Balzac’s novel Lost Illusions who is forced by lack of funds to eat in a restaurant that “has only local and seasonal produce”. He goes on to describe: “the shame and suffering that the diners feel in having to eat in so peasant-like a manner right in the middle of Paris”.

Whereas nowadays we pay through the nose to eat “authentic” Italian peasant food, the truth is that authenticity, like good taste, is largely made up. Most traditional foods and drinks are relatively recent creations. In The Discovery of France, the historian Graham Robb writes: “The Dijon area was not particularly rich in blackcurrants until an enterprising café owner made an exploratory trip to Paris in 1841, noted the popularity of cassis and began to market his own liquor as a regional speciality.”

So is good taste pointless? Should we just crack open a bottle of plonk and settle into a Big Mac and fries? Well, if you want to, go for it. But just because taste is cultural and changeable doesn’t make it pointless. Think of it as learning a rapidly evolving language. You can appreciate the beauty once you have learned the rules, just don’t pretend there’s anything natural about them.

Developing “good taste” can be an enjoyable experience. It should be an adventure, and its subjectivity is liberating. I can appreciate haute cuisine but I know that the cheap restaurant with the warm-hearted chef will be more fun than the three-star temple of gastronomy; that the bottle of chilled red I had on holiday with my wife will always be more delicious than first-growth claret drunk surrounded by hedge fund managers; and that there’s nothing better with a cup of tea than a Hobnob. Don’t worry about what others think. Go with whatever you fancy. Unless you are dining with some Chinese businessmen you need to impress: in which case, close your eyes, have a large swig of something strong and devour that cold jellyfish salad.

Where the heart is: Why having a place to call home is the ultimate luxury