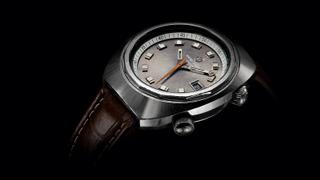 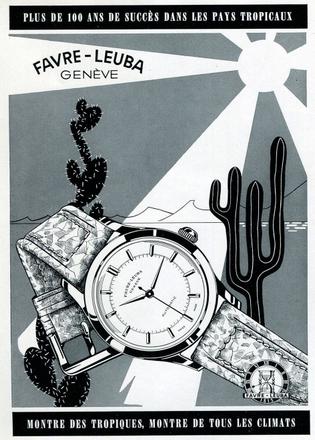 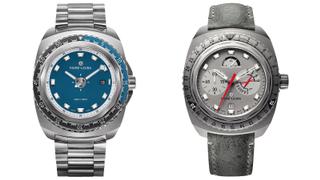 Back on top: The return of Favre-Leuba

The once-famous Favre-Leuba has returned to the pinnacle of watchmaking, says Simon de Burton...

Readers who are old enough to have spent time on boats 40-plus years ago may well be familiar with the Swiss watchmaker Favre-Leuba, which produced an impressive array of sports models designed for divers and sailors during the 1960s and 70s. But, as with many other traditional watch houses, it suffered in the early 1980s with the influx of inexpensive quartz timepieces that threatened to kill the Swiss industry dead.

Favre-Leuba was subsequently sold by the founding family and passed through several owners, none of whom capitalised on its rich heritage. That all changed in 2011 when it was bought by the Indian watch company Titan, and now Favre-Leuba is back doing what it used to do best – making tough, individual, well-designed sports watches. They reflect a history of innovation that produced landmark designs such as the Deep Blue 200 metre dive watch of 1964 and the world’s first diver’s chronograph of 1966.

The most interesting new model to emerge to date is the Bivouac 9000, which has recently become available following its launch last year to mark Favre-Leuba’s 280th anniversary. As the name suggests, it’s a rugged, outdoor-inspired creation from the sporty “Raider” line and features an imposing 48mm case that’s remarkably wearable thanks to being hewn from lightweight and salt-resistant titanium.

But while the size of the case enhances its robustness, its dimensions are more to do with accommodating a unique feature of the hand-wound movement. This is the first mechanical watch to contain an altimeter capable of measuring climbs of up to 9,000 metres.

Inspired by a 3,000 metre Favre-Leuba model of 1963, the new watch contains a tiny, airtight alloy capsule that expands or contracts with slight changes in air pressure. This movement drives the mechanism that registers altitude by causing the red central hand to rotate around the 100 metre scale marked on the bezel, which can also be set according to prevailing conditions in order to provide an accurate height reading at the start of an ascent.

A full rotation of the hand represents a climb in altitude of 3,000 metres, with each 3,000 metre increase up to the 9,000 metre limit being separately registered on a subdial at three o’clock, which also indicates air pressure on the hectopascal scale – a feature that makes the watch an ideal portable weather gauge for sailors.

6 of the best nautical watches for Father's Day

The Best Ladies' Dive Watches for 2020

Black in time: The best black ceramic watches for men